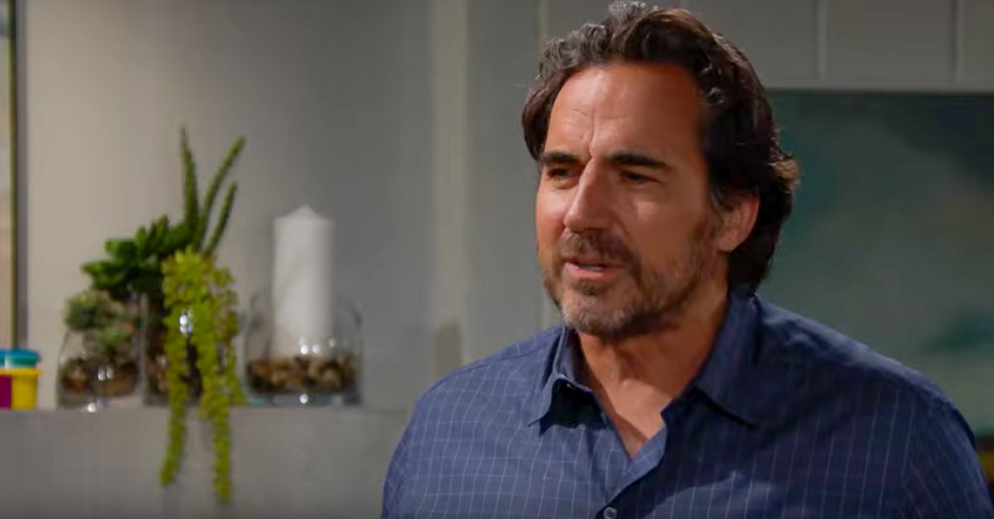 Ridge Forrester (Thorsten Kaye) believes that all will be well within days on ‘The Bold and the Beautiful’. He and Brooke Logan (Katherine Kelly Lang) have never stopped loving each other and plan on reuniting once the ‘Thope’ wedding is completed, as they assume it will be.

As Hope Logan (Annika Noelle) became the obvious obsession of Thomas’ life, Brooke defaulted to maternal instinct mode. Ridge began to protect his son, who was and remains in the wrong.

Bold and the Beautiful Spoilers: Wyatt's Guilty Conscience – Will He Be Busted With Flo?https://t.co/DcMiuHbxiE

Hope is bound and determined to put Thomas in his place. Steffy Forrester’s (Jacqueline MacInnes Wood) tell to Liam Spencer (Scott Clifton) was soon followed by Hope learning the truth.

Thomas prompted Steffy to kiss Liam in the backyard at the cliff house. Steffy’s initial embrace was followed by a timed lip-lock that happened after her brother’s second phone call. Hope was the intended audience, with the resulting effect causing ‘Lope’ to break.

While she was angry with Steffy, Hope is now grateful that she’s not going along with Thomas’ latest manipulation plan. The legal mother of Douglas Forrester (Henry Joseph Samiri) also has a soapy sweetener, she’s now heading a plan to have Thomas’ true intentions revealed to all present at the wedding.

Bold And The Beautiful Spoilers – Self-incrimination Is Intended

B&B fans are fully aware of the recording elements within any smartphone. Hope could easily have her digital device document Thomas’ provoked expressions of love for her moments before his bride, Zoe Buckingham (Kiara Barnes), arrives at the altar.

Thomas is super slippery. So, whatever Hope is pursuing must involve using the weaknesses of Atkinson’s character as a weapon against him. Self-incrimination is the clear goal.

Hope knows that Thomas is vulnerable to her. So, she’s surely planning to exploit that angle in an attempt to end his mind games.

Bold And The Beautiful Spoilers – Final Climax Coming, Or Not?

It’s a moral crime for Thomas to want to marry Zoe, when she’s merely being used as a means to an end toward Hope. But no law is being broken.

It would seem far-fetched to believe that abuse of Douglas can be proven. Thomas is clearly using his son’s emotions to try and wear Hope down. But that’s unlikely to stand as a strong plank in any attempt to take custody of his son from him.

Unless a true shocker is coming, Hope’s efforts, even if successful, may not prove to represent the end of this arc. Hopefully Douglas, Zoe, and Hope gain greater stability through whatever plays out.