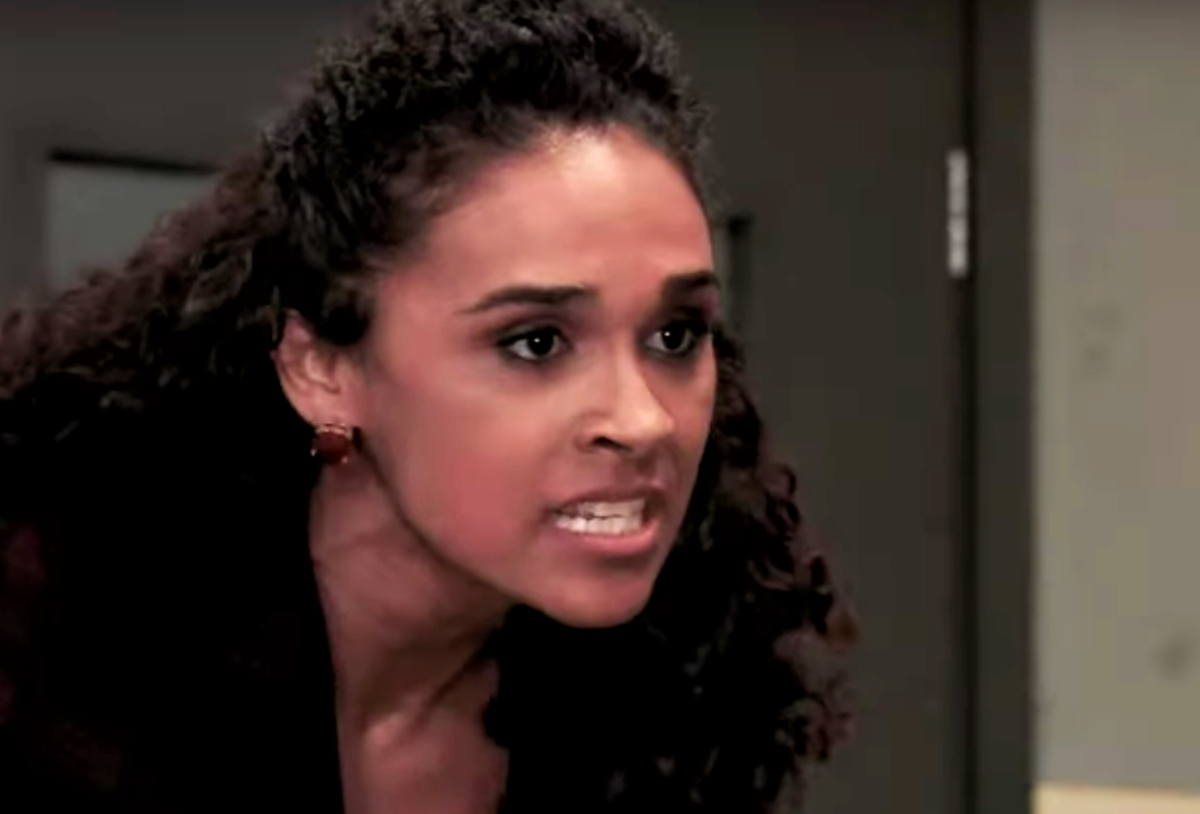 General Hospital (GH) spoilers suggest that Jordan Ashford (Briana Nicole Henry) and her husband Curtis Ashford (Donnell Turner) could be heading for some rocky times. As GH viewers may recall, in recent episodes Jordan and Curtis have had their fair share of arguments. Those weren’t just nice little disagreements discussed over coffee and cake. These were some strong moments of discord with raised voices and waving arms.

GH Spoilers: Jordan Ashford And Curtis Ashford Could Be Heading For Some Rocky Times

Those who have been watching for a while may have noticed that the conflict between Curtis and Jordan often revolves around Curtis’s concern for the safety of both his wife and TJ Ashford (Tajh Bellow). Fans aren’t having a lot of sympathy for Jordan right now because her actions don’t seem well thought out, and seem to play into the hands of master criminal, Cyrus Renault (Jeff Kober).

Remember that it wasn’t that long ago that things went south when Jordan’s former partner and close friend at the DEA, Marcus Taggert (Réal Andrews) was shot by Cyrus’s henchmen. He later died of his wounds at GH. In fact, Taggert had been only the latest in a string of murders that included members of Jordan’s old team. From practically everyone’s perspective it was clear that Jordan’s life (and likely the lives of her family) were now on the line.

Yet Jordan’s behavior has been supremely irrational. Not that long ago, she was planning to resign as police commissioner of Port Charles! From her perspective, perhaps she can just resign and disappear. Maybe she can just move away from Port Charles and thus remove herself from Cyrus’s radar. Maybe this would erase Cyrus’s entire motive for moving his criminal operations into the city.

General Hospital Spoilers: Curtis Ashford Who Felt That Jordan Asford Was Definitely Not Clear In Her Thinking Quickly Contested This Line Of Thought

However, Curtis who felt that Jordan was definitely not clear in her thinking quickly contested this line of thought. Not only could all the details of Cyrus’s case be brought to light along with Jordan’s involvement, but because of that she could end up in prison herself! Cyrus could look like the victim. The entire situation could end up with a role reversal. Jordan could be sent to prison while a truly evil (and guilty) man could walk free.

Jordan is a good woman and obviously the picture Curtis painted for her is not something she desires. However, Cyrus always seems to be one step ahead of her and she doesn’t seem willing to play the game the way Curtis and now Laura Spencer (Genie Francis) want her to. From their perspective, Jordan needs to fight fire with fire. She needs to be willing to use the same tactics against Cyrus that he employs against his own enemies.

So far, Jordan has refused to do that. She’s refused to ally herself with Sonny Corinthos (Maurice Benard) even though he has resources that could definitely aid in her effort to bring Cyrus to true justice and keep her whole family safe.

The truth is, if she continues on her present course, she could end up frustrating Curtis to the point that he goes “rogue” and makes a move against Cyrus on his own. Alternatively, he could just throw his hands up in the air and suggest that she can play it the way she feels she must, but he won’t be a part of it any longer. Either way, a real wedge could form between them.

The question on the minds of many GH fans now is whether Jordan will continue to stubbornly do things “by the book” or whether she’ll eventually be forced to break the rules in order to protect the people she loves.