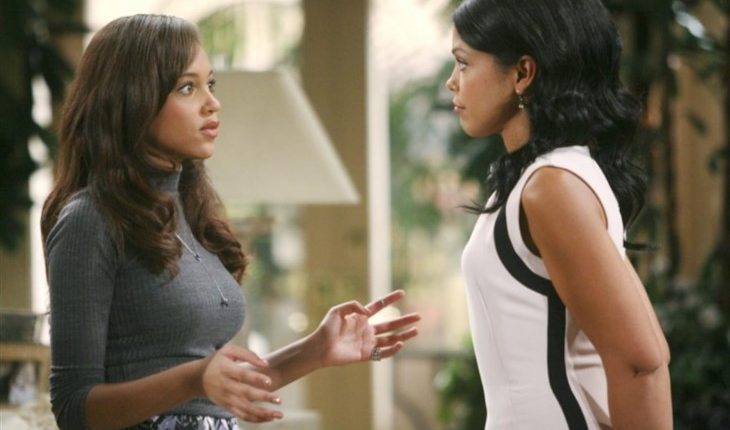 The Bold and the Beautiful spoilers confirm that the role of Zende Forrester Dominguez is coming back. Previously played by Rome Flynn, the part will now be taken over by Delon de Metz. As for other members of the Avant family, Nicole Forrester Dominguez (Reign Edwards) and Maya Avant (Karla Mosley) are making appearances in fall 2020.

The Bold And The Beautiful Spoilers – Recasting Zende Forrester Dominguez

B&B spoilers reveal that Zende is coming back. However, the character will not be played by Rome Flynn. That actor is focusing on his music at this time. Instead, Zende has been recast and the man who won the role is Delon de Metz.

The Bold and The Beautiful Comings and Goings: Villain No More? – Thomas Is Back To Support Steffy and Find Love!

We don’t know much about what kind of storyline he will have, but it is teased in Soap Opera Digest that one plot has to do with the boutique. In fact, we heard about the boutique when Katie Logan (Heather Tom) and Carter Walton (Lawrence Saint-Victor) were catching up.

Executive producer and head writer Bradley Bell told Soap Opera Digest that there would be more Avant family members coming back. One is Nicole Forrester Dominguez. The role was previously played by Reign Edwards. However, it wasn’t stated if she would be reprising the part or if the character would be recast. Expect to see her in fall 2020.

The Bold And The Beautiful Spoilers – Maya Avant Coming Back

The Bold and the Beautiful spoilers reveal that in addition to Zende and Nicole, we will also see Maya Avant. She will also be making appearances beginning this fall. However, no information on her storyline was given.

B&B Spoilers -How Long Will They Be On-Screen?

During the interview, Bell stated that Nicole and Maya would be “making appearances.” So, it doesn’t sound like we will see them full-time, but as during a short-term story arc or on a recurring basis. As always, we will keep you posted with new information and updated developments as they become available.

What do you think is going to happen with Zende when he comes back? What are your theories on Nicole and Maya? Are you looking forward to seeing more of the Avant family in the near future? Who would you like to see make a big return and what kind of storylines should they get?