The Bold and The Beautiful News Update: Don Diamont Has A New Love – Posts Fun Video! 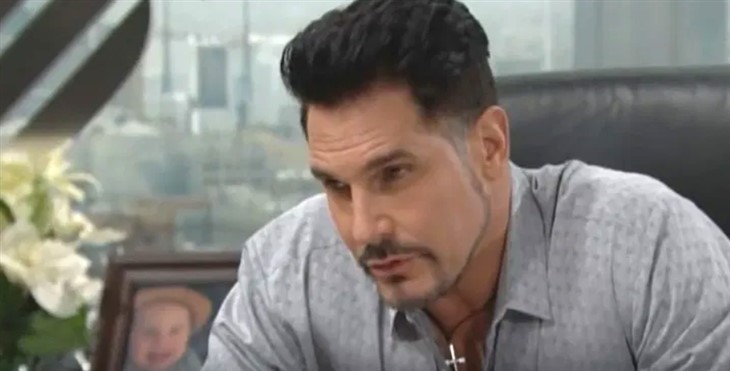 NBC The Bold and the Beautiful spoilers tease that in addition to his role as Dollar Bill Spencer on the CBS sudser, Don Diamont has a new role of sorts.

Don recently discovered Game of Thrones and he’s so excited about the series that he posted a clip of himself as Jon Snow to his Instagram.

His whole family was involved in making the video and Don told Soap Opera Digest, “We had a great time doing it.”

Don says he got hooked after a binge-watching session. He shared that his on-screen and real-life kids had been trying to get him to watch it for the longest time but he and his wife Cindy Ambuehl (ex Amy/Kim always resisted.

“But then with the COVID-19 situation,” he says, they decided to finally give the show a try. He started out being open-minded to watching the show but was soon hooked. “I was staying up until 2 o’clock in the morning,” he said.

Happy Father’s Day to all the dad’s out there. Moms….., make sure your kids BEND THE KNEE TO THEIR FATHERS!!!😀😂

He goes on to say that the coat he wears in his video is just like the one from the show. “I actually got that at Politix in the Beverly Center years ago. I’ve had that coat a long time and it was just perfect.”

Don praised his family’s acting abilities saying that his wife has the skills because of her former acting experience and his son Luca was terrific as well as Luca’s girlfriend. His other son Davis is also in the video and Don says he is hysterically funny.

The Bold And The Beautiful spoilers – What’s Next For Dollar Bill Spencer On The CBS soap?

Don added that his wife is extremely talented and, “there is nothing she can’t do so I’m never surprised by her talents.” Aw!

When B&B aired all-new episodes after being sidetracked by the coronavirus pandemic, the show topped the ratings for that week.

Now we are seeing Bill grapple with the fact that he hit Steffy Forrester (Jaqueline MacInnes Wood) on her motorcycle which landed her in the hospital.

The Bold And The Beautiful News Update: Is It Time For Denise Richards To Leave RHOBH Behind? https://t.co/u1yZOOPM32 pic.twitter.com/gzMcsGfAUR

According to explosive show spoilers spilled by head writer and executive producer Bradley Bell, this will lead to a renewing of the macho war between Bill and Ridge Forrester (Thorsten Kaye).

Days Of Our Lives News Update: Drake Hogestyn In Hallmark Christmas Movie, Get the Details Here