The Bold and The Beautiful Comings and Goings: Villain No More? – Thomas Is Back To Support Steffy and Find Love! 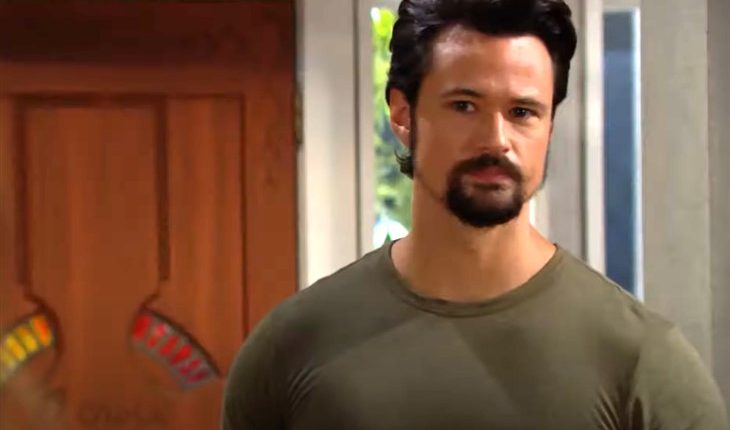 CBS The Bold and the Beautiful spoilers divulge that bad boy Thomas Forrester (Matthew Atkinson) is back in L.A. following his disastrous exit and we will learn more about just what he was up to while he was gone.

According to his portrayer, Thomas has actually been looking deep into his soul! Could he be about to do a major turnaround into a warm and fuzzy character following his mean stint? Atkinson spilled the beans about this possibility to Soap Opera Digest and we have the scintillating details for you here.

The Bold And The Beautiful Spoilers – Thomas Forrester Is Back But Did He Really Change Along The Way?

Atkinson reveals that Thomas has been a bit of a hobo during his hiatus from L.A., traveling around and, “trying to find himself.” Believe it or not, Thomas is in a different place than when he left, which we hope means he will stop manipulating his loved ones.

It seems that his sister Steffy Forrester’s (Jacqueline MacInnes Wood) motorcycle accident is the reason that Thomas comes back to his home and family. “He feels this insane connection to her because of everything they’ve gone through together,” says Atkinson.

Apparently Thomas will feel a bit responsible for what happened to her because he wasn’t around when the accident happened.

The Bold And The Beautiful spoilers – Has Thomas Forrester Really Changed His Stripes?

Even though Thomas was MIA he and dad Ridge Forrester (Thorsten Kaye) were conversing and he checked in with Lope who is caring for his son in his absence. According to Atkinson, “Thomas understands the mistakes that he made with his son.” We certainly hope so since he used the boy in an unconscionable way to achieve his desires including Hope Logan (Annika Noelle).

The Bold And The Beautiful Spoilers: Sally’s Next Step, Real Health Crisis – Can Wyatt And Flo Forgive Her https://t.co/qSySIP59Cs pic.twitter.com/jgJC7tXDvd

But now it seems that Thomas is ready to move past his obsession with the lovely lady, although time will tell if he is able to keep that promise. Atkinson teases that he believes there is another woman out there who can take the place that Hope held in his character’s heart. This could be someone new or someone already on the canvas, “who could eventually hold a much bigger part of his heart.”

That would certainly be welcome news to Hope’s ears after all the ruckus he has put her through, wouldn’t it?
Be sure to catch up on everything happening with B&B right now. Come back here often for Bold and the Beautiful spoilers, news, and updates.

Days of Our Lives News Update: Melissa Reeves Is Officially A Grandma! Meet Her New Grandson

The Young And The Restless Spoilers: Vickie Needs Billy’s Help – Newman Taking Her Away From Kids