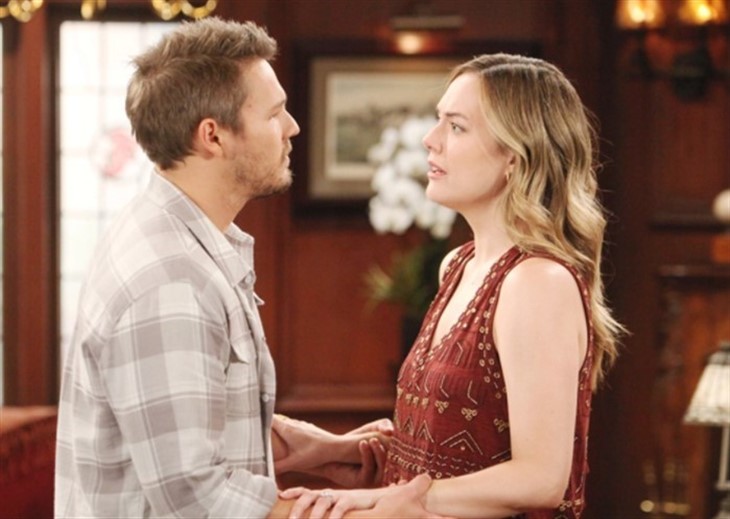 CBS The Bold and the Beautiful spoilers document that Hope Spencer (Annika Noelle) isn’t prepared for another tussle with Liam Spencer’s (Scott Clifton) family. But his involvement in Steffy Forrester’s (Jacqueline MacInnes Wood) new relationship, which is mostly connected to his paternal feelings for their daughter, Kelly Spencer (Avalon and Colette Gray), will cause the next conflict.

Lope is married and doing well. Kudos to Hope for being so generous toward Kelly and Thomas Forrester’s (Matthew Atkinson) son. Of course, Hope and Liam’s daughter, Beth Spencer (Madeline Valdez and River Davidson), is thriving in the warm cabin environment, after Steffy initially cared for her when she was thought to be Phoebe Forrester. But this complex dynamic does create flair-ups, as viewers will see.

The Bold And The Beautiful Spoilers – Steam Is Actually Done

The reference to Steam’s ties not being cut isn’t meant to imply that Steffy and Liam will reunite anytime soon. Neither person appears to have any inclination of even considering such a rebound scenario.

Steffy has moved forward with a good guy who started as her doctor before quickly becoming a significant other. Dr. John Finnegan (Tanner Novlan) fell for Steffy shortly after meeting her. She also felt the chemistry spark between them when first seeing him standing at the foot of her hospital bed.

Liam actually won’t mean any harm when he begins questioning some developments at the cliff house and those that are related to Kelly’s life in general. Instead, the scene that Liam walked in on a handful of weeks ago was very unnerving. His thoughts remain centered on Steffy’s recovery and how Kelly is being affected or could be.

Even though Liam knows that Steffy is receiving treatment and is getting better, he’s still upset by the harried image of Wood’s character that he’d never seen in that specific way before. Couple that (wink implied) with Steffy’s budding romance and Liam’s uncertainties about the immediate and near-term future are understandable, to a certain degree.

But Kelly is also Steffy’s daughter and Hope has become a stepmother figure to this young girl. So, Liam will need to eventually step back and see the entire picture, rather than just his part of it.

The Bold And The Beautiful Spoilers – Steffy Forrester Reasserts Position

Steffy was not prepared for the rapidity of what happened to her. She lost control but is steadily regaining her trademark composure. With that will come the full reassertion of her vital, maternal place in Kelly’s daily life.

Liam wants to ensure that no further dangerous scenarios unfold, but he’ll be a bit overreactive as he considers various supposed scenarios. Meanwhile, Hope will be drawn into the drama that Liam sparks.