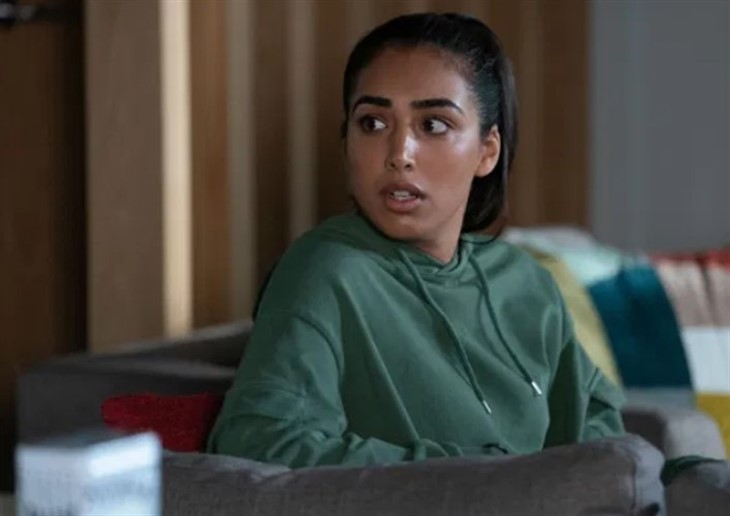 When it comes to the Panesar matriarch, she will do anything to protect the family as a whole. We have watched as she has taken extreme measures to do what she thinks is best. While most people would struggle with remorse, guilt, or second-guessing those choices, Suki seems to feel none of those things. She simply sees a potential problem, comes up with a solution, and puts a plan into action.

Now, we’ve seen that she will sacrifice one of her own children for the “greater good” of the family. The person who had to take one for the team was her son, Jags.

Eastenders spoilers reveal that Ash is shocked by what her mother has done. But Suki made it clear that nobody was to question her decision or even bring it up again. Despite Ash’s horror, she knew not to object or protest. However, she is feeling extremely guilty, especially as she watches how Habiba is reacting to Jags’ arrest.

Habiba became suspicious of why Ash seemed to be trying to block her from taking action. Ash really couldn’t tell her anything without betraying her family. That is when Habiba narrowed her eyes and with fierce determination in her voice, made a vow to uncover the truth. Now things have gotten even more complicated and Ash doesn’t know what to do.

If Habiba stays true to her word and starts investigating, she could eventually figure out the Panesar family’s newest secret. This could put the young woman in danger because Suki isn’t going to allow anyone to interfere or expose the truth.

It is speculated that Ash could eventually come clean, but there will be a price to pay for her betrayal. Plus, Suki always seems to know what someone is going to do before they actually do it.

When her radar points to Ash, could Suki end up making another horrifying decision to keep their secrets buried? We will have to keep watching to find out how this story develops.