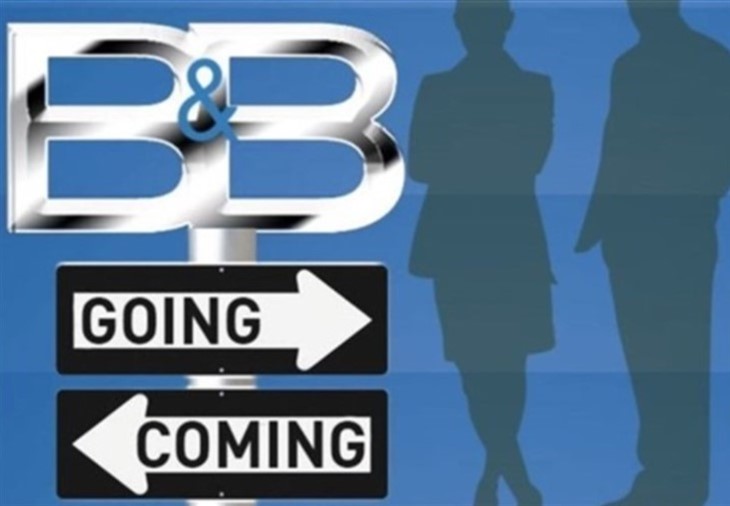 CBS The Bold and the Beautiful spoilers reveal that we have all of the news you need to know to stay up to date with casting news for your favorite daytime drama. Read on to find out who you can expect to see this week as the action heats up in LA between the Forrester, Spencer, and Logan families!

The Bold And The Beautiful spoilers – Who Is Coming And Going This Week In LA?

Who is coming and who is going from B&B for the week of October 12, 2020? First up we have some very good news about one of the show’s most popular characters.

This week the handsome and talented Aaron D. Spears is back onscreen as Justin Barber, Dollar Bill Spencer’s (Don Diamont) henchman and attorney all rolled into one!

Expect to see the legal eagle start off the week on Monday, October 12.

B&B Spoilers – A Newbie Is Coming To Town!

Also this week we will see Jarvis George debut as Michael Turner. The newbie pops up on Tuesday, October 13. And his appearance will cast a dark shadow over the life of one of the young and restless characters you’ve come to love and know.

Who is going to get a visit from Michael Turner? This character is a caseworker and he’s going to be snooping into what is going on with mom Steffy Forrester (Jacqueline MacInnes Wood).

Steffy has been a little erratic in the parenting department lately as she battles a huge opioid addiction. She was caught out in a sleepy funk while taking care of her daughter and that is definitely a no-no.

Turner’s credits include the role of Damien Miller on the web series Consequences and he appeared in the 2020 version of The Fugitive.

Fun Fact: Turner already has a connection to the soap world. That’s because his older brother, Jason George, was Michael on Sunset Beach.

The Bold And The Beautiful Spoilers – What happens Next To Your Favorite Daytime Characters?

Steffy has already, ahem, bonded with her hunky doctor Dr. Finn (Tanner Novlan). Is it possible she also catches an attraction to the newest member of her care team?

The Bold And The Beautiful Spoilers: Liam’s Torch For Steffy Becomes More Obvious As His Jealousy Over Finnegan Shows https://t.co/7wvxdWHRnZ pic.twitter.com/LrCCgQR5Sh

And by the way, B&B fans, isn’t time we saw more of Justin, and not just as Bill’s sidekick? It’s time to give him a meaty role of his own, maybe a romance or another family drama as he had with the late intern Emma (Nia Sioux).