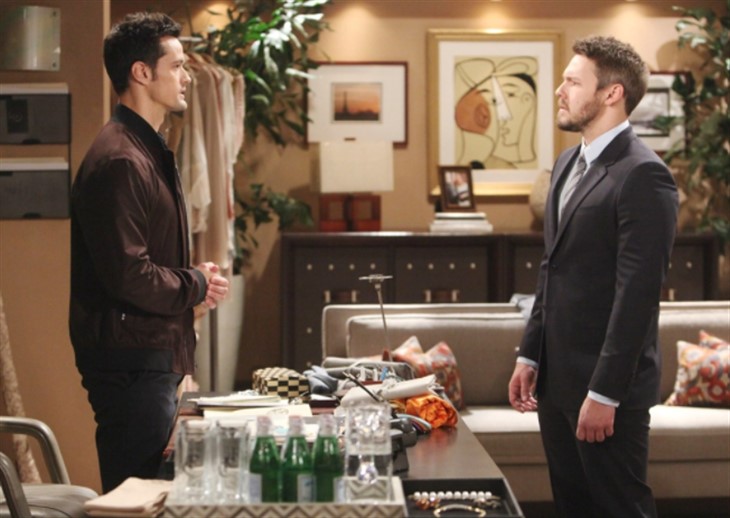 CBS The Bold and the Beautiful spoilers say that while it might be very hard to believe, it looks like Liam Spencer (Scott Clifton) might have a new ally in Thomas Forrester (Matthew Atkinson) even though they’ve spent the last several years fighting it out as enemies. That’s because after witnessing Liam’s unease over Steffy Forrester’s (Jacqueline MacInnes Wood) relationship with Dr. John Finnegan (Tanner Novlan) will make Thomas see his rival in a new light. Here’s what you need to know.

Actor Matthew Atkinson, who plays Thomas Forrester on the hit CBS soap, says that fans will get to see an interesting development between Thomas and Liam, as he’s always had a major issue with how Liam treats the women in his life. Of course, it’s not like Thomas is any better, right? However, Liam is honestly and truly worried about Steffy and Steffy is one of the most important people in Thomas’ life, seeing how she is his sister.”

The Bold and the Beautiful spoiler say that when Finn takes it upon himself to reunite Steffy with her daughter Kelly, Liam is furious and of course, Thomas is on his side. Speaking to Soap Opera Digest in a new interview, Matthew puts it this way, “Being a father changes your life and from that perspective, father to father, there is an understanding. He can see why Liam would be concerned when his child is in the mix between Steffy and Finn. Even though Thomas and Liam can be the greatest of enemies, sometimes the greatest enemies have things in common.”

B&B Spoilers – Who Can Save Steffy Forrester Before It’s Too Late?

Now, whether or not Thomas and Liam can work together in order to help save Steffy from herself – and possibly whatever motives Finn may have too – remains to be seen. As many B&B fans know, Steffy is not only trying to recover from her physical pain but her emotional pain, too. The Bold and the Beautiful viewers will simply have to tune in to find out what will happen next!

The Bold And The Beautiful Spoilers: Ridge And Brooke Don’t Need To Remarry Marriage – Shauna Gone For Now https://t.co/5snhg2qBGd pic.twitter.com/54bvzkKTHw