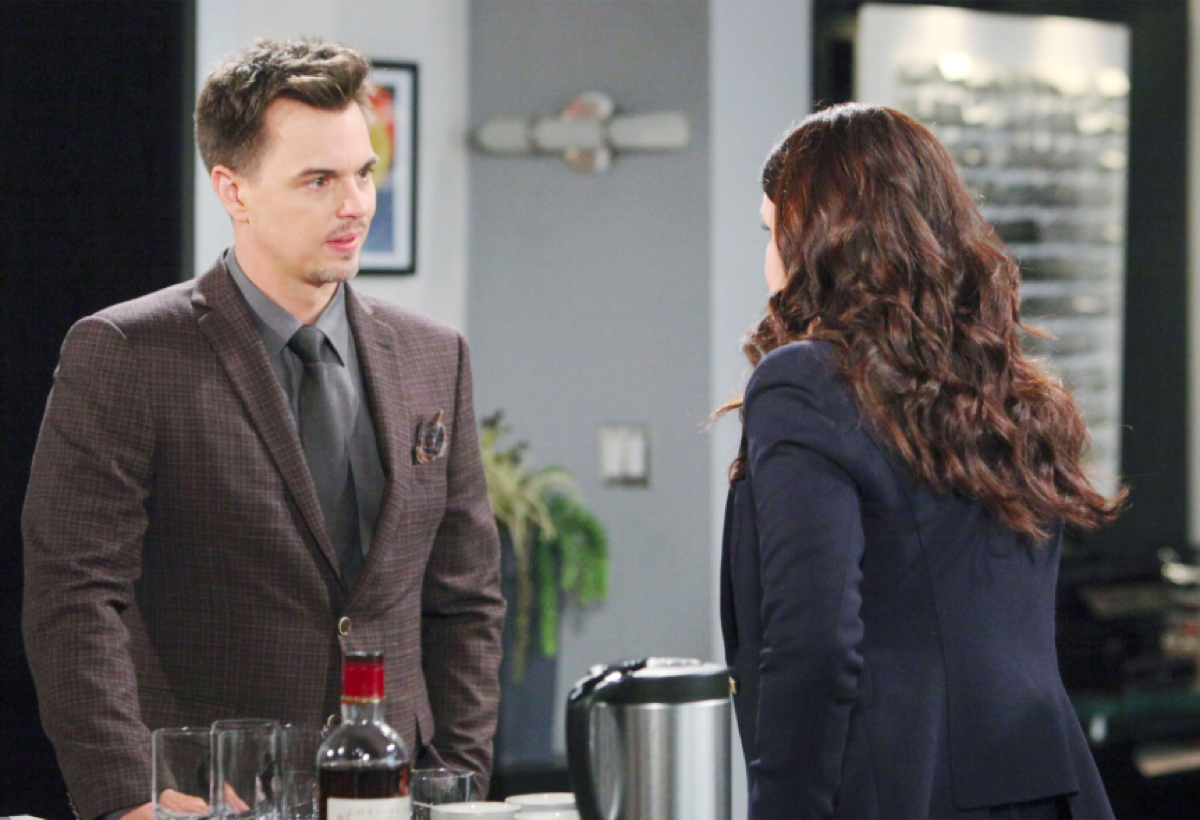 The Bold and the Beautiful spoilers document that Katie Logan (Heather Tom) felt she had to unburden herself. So, she told Bill Spencer (Don Diamont) about Sally Spectra’s (Courtney Hope) seemingly terminal condition.

The idea that a fighter like Sally is going to die within approximately a month is jarring. Questions about why this prognosis can’t be battled are also natural.

Katie and Bill were also present when Wyatt Spencer (Darin Brooks) learned the truth. Katie’s choice creates conflict because Sally explicitly said and then later reinforced her desire that no one know what’s wrong with her. She specifically didn’t want Wyatt to have this knowledge.

Bold And The Beautiful Spoilers – Kate Logan Made The Right Decision

Sally is a poor soul, who appears to have just been given a death blow. Viewers who’ve come to know her understand why she displayed what was a defensive reaction. As Katie accurately and tearfully described to Bill, Sally is trying to control the parts of her life that she can based upon this devastating reveal.

Wyatt does love Sally. While his feelings aren’t as strong for her as they are for Flo Fulton (Katrina Bowden), he will want to offer support in whatever ways that he can. When considering Flo’s generosity to Katie, in having donated a kidney to her aunt last year, she’ll also likely want to help Sally, even if that means simply being okay with Wyatt spending as much time as he wants with her.

Dr. Escobar (Monica Ruiz) was fully sincere and caring when she told Sally the results of tests that had been taken. But she consulted with her colleagues and other medical facilities, with no apparent treatment options being possible.

The fans haven’t been given any specifics about Sally’s condition, meaning that they aren’t aware of her exact diagnosis. That’s a clever piece of plotting, as it keeps the audience engaged and guessing.

Efforts surely are possible, regarding radical treatments, possibly at remote destinations, or by flying in the type of specialists that Bill can provide. Something has to at least be attempted in order to save Sally’s life. She can’t accept a presumed fate without even trying to overcome it.

‘The Bold and the Beautiful’ Spoilers: Courtney Hope’s Nerves Went Into Overdrive, Sally’s Hands Shaking Was For Real https://t.co/f1UMtRAx8K pic.twitter.com/AmVWe8ArC9

If Sally truly is in peril and will perish sometime next month, then Wyatt, Katie, Bill, Shirley Spectra (Patrika Darbo), Sally’s grandmother, Coco Spectra (Courtney Grosbeck), and others must be embraced. One would think that the Forrester family, including Eric Forrester (John McCook), Ridge Forrester (Thorsten Kaye), Steffy Forrester (Jacqueline MacInnes Wood), and others will be part of a caring circle as well.

Hopefully Sally is able to survive this totally unexpected malady. She’s an important part of many people’s lives and deserves to remain so indefinitely.