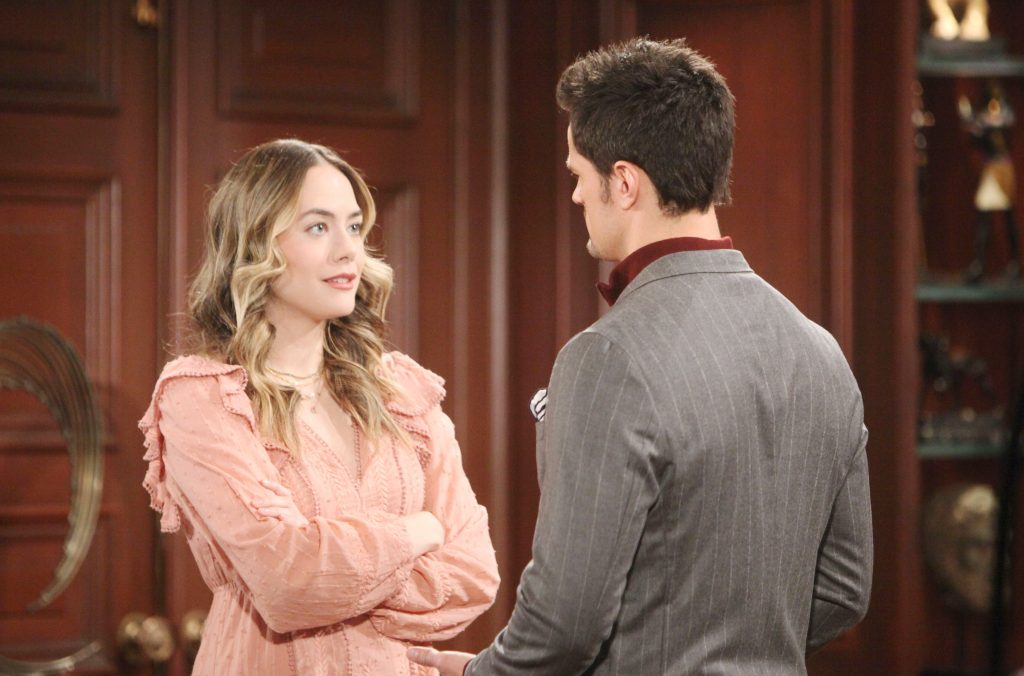 The Bold and the Beautiful spoilers reveal Douglas Forrester (Henry Joseph Samiri) will take center stage at a Forrester family dinner. There is speculation that it could be connected to Thomas Forrester’s (Matthew Atkinson) proposing to Zoe Buckingham (Kiara Barnes). If this happens, then they both would be part of the villain’s scheme to get a reaction out of Hope Logan (Annika Noelle).

B&B spoilers reveal Thomas plans a surprise birthday party for Zoe and gets everyone at Forrester Creations involved. However, he doesn’t do this out of the kindness of his heart. It is all part of the villains plan to get a reaction out of Hope and it works.

New The Bold and the Beautiful Spoilers: Wyatt Conflicted About Sally – Flo Comforts Him as He Decides What to Do #bb #boldandbeautiful https://t.co/l0XbwMh1Mv

Then, Thomas tops the whole affair off by giving Zoe her birthday gift. We don’t know exactly what it is, but it is confirmed to stun Hope. There is a theory that it could be a ring or the present could be him giving the model a fake proposal.

After all, Thomas has no intention of building a future with Zoe because he’s still obsessed with Hope.

The Bold and the Beautiful spoilers reveal Thomas and Douglas attend a Forrester family dinner. It is confirmed Douglas takes center stage. Is it possible that this is connected to the alleged proposal? If so, fans could see Douglas freak out.

The Bold and the Beautiful Spoilers: Reactions and Concern

It is suggested that Douglas won’t want to bond with Zoe, even though she does her best. The only woman he is interested in having in his life is Hope. There is another concern, though. Hope confronts Thomas by his actions and explains he is hurting Douglas. This only causes Thomas to turn the tables on Hope. He even admits to Vincent “Vinny” Walker the next shocking step in his plan

What is he planning on doing and how badly damaged will Douglas be after his father involves him in all these horrible schemes?