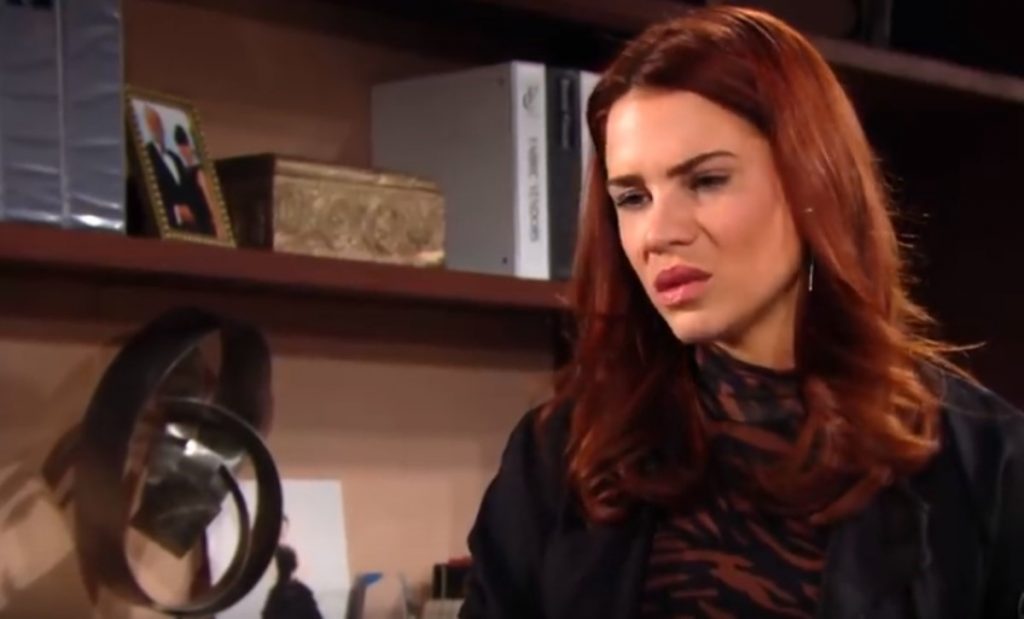 The Bold and the Beautiful spoilers reveal Sally Spectra’s hands shaking wasn’t just an act. Actress Courtney Hope says they were shaking for real during her early scenes with Ridge Forrester (Thorsten Kaye) and Steffy Forrester (Jacqueline MacInnes Wood). She even had to call a loved one for emotional support during Sally’s death storyline. Keep reading for all the details.

the Bold and the Beautiful Spoilers – Sally Spectra’s Storyline

B&B spoilers confirm Sally has received a devastating medical diagnosis. It is apparently going to be a painful one, both physically and emotionally. She has been given only one month to live. On Monday’s episode, she was told by a doctor that they could give her medication to make her comfortable and improve her quality of life.

One of the first symptoms that fans noticed was Sally’s shaking hands. This caused concern when she was talking to Ridge and Steffy about her quality of work. It turns out that just wasn’t an act, according to her interview in the latest issue of Soap Opera Digest.

“I definitely shook. I went back [to her dressing room] and FaceTimed with Chad [Duell].”

The Bold and the Beautiful Spoilers – Getting Emotional Support

The Bold and the Beautiful spoilers reveal that Courtney needed to get some emotional support from her boyfriend. As fans may know, Chad Duell is also a soap actor, playing Micahel Corinthos on General Hospital.

She told him that she was shaking and of course, he helped her through it. She also kept telling herself that she was fine.

The Bold and the Beautiful Spoilers: Douglas Freaks at Family Dinner – Thomas Has A New Scheme To Get Hope https://t.co/6096Tsws0U pic.twitter.com/xEkTreW6Fy

An interesting part of the interview is when the actress said that she has wanted this type of storyline for a long time. She is used to playing strong, vibrant and quirky Sally. Now, the pendulum is swinging to the other side and she gets to portray the character in a whole new way.

However, this doesn’t make it any easier to lose this fan-favorite character. What do you think of what Courtney Hope said about Sally Spectra’s sickness storyline? Are you sad to see her go?

The Young and the Restless Spoilers: Lola Kisses Theo – New Romance Has Arrived?