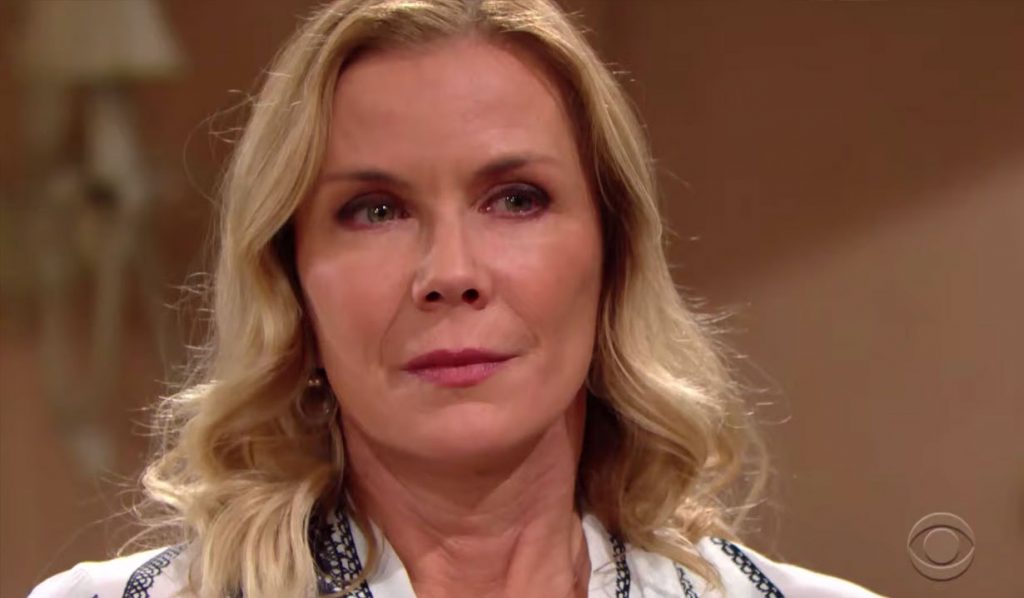 The Bold and the Beautiful spoilers reveal an epic showdown is going to take place. Brooke Logan Forrester (Katherine Kelly Lang) and Quinn Forrester (Rena Sofer) both lay claim to the Forrester family. The feud will continue to get more heated, which leads to shocking consequences.

The Bold and the Beautiful Spoilers: Brooke Logan Forrester’s Belief

B&B spoilers indicate Brooke is still married to Ridge Forrester (Thorsten Kaye) since the divorce papers were never filed. However, at one time many years ago, Brooke was briefly married to Eric. The two are still on good terms and he is protective of Brooke.

Despite not being Eric’s current wife, Brooke believes she has the right to barge in and give orders. She convinces the Forrester patriarch to kick out Fulton (Denise Richards). Then, she thinks it’s appropriate to demand Eric divorce Quinn.

Quinn wasn’t too pleased to hear Brooke slam Shauna and get her removed from the mansion. However, the final straw is the divorce demand. That is when Quinn confronted the woman. The two started verbally assaulting one another. Then, it took a classic soapy turn when the argument escalated into a slapfest.

The Bold and the Beautiful Spoilers: Laying Claim to the Forrester Family

The Bold and the Beautiful Spoilers: Thursday, January 23 – Sally Starts Shaking During Confrontation With Flo – Thomas Comforts Hope Over Her Breakup https://t.co/0in2gisROP pic.twitter.com/EjMQCJPtEu

The Bold and the Beautiful spoilers reveal that both women lay claim to the Forrester family. Even though Quinn is married to the patriarch, Brooke has made statements hinting she is a “real” Forrester wife and has some sort of marital seniority over Quinn.

She even said that Stephanie Forrester (formerly Susan Flannery) would be proud of her. That is up for debate since Stephanie and Brooke didn’t exactly have a loving relationship.

The Bold and the Beautiful Spoilers: Shocking Consequences

It is stated that Brooke and Quinn will have an epic showdown in upcoming episodes. In fact, fans can expect to see the feud leads to shocking consequences. What exactly these consequences are have not been released.

Could one of them lose their marriage due to their bad behavior? Does someone get caught in the crossfire and die? Or are the shocking consequences something else entirely? Fans will have to keep watching to see how this storyline progresses.