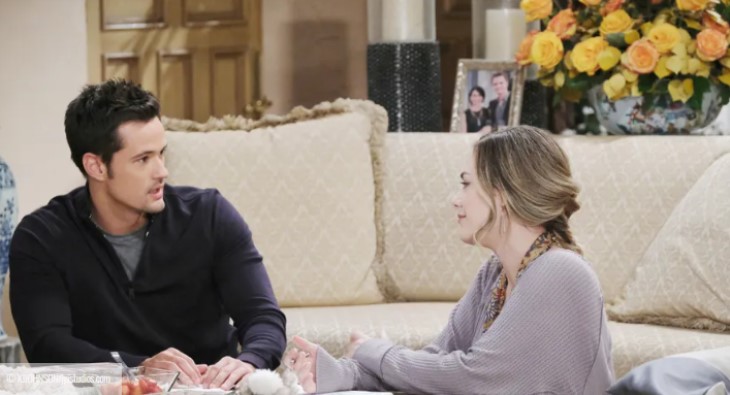 The anticipated imminent return of Atkinson’s character in Los Angeles, California, will naturally reestablish the potential for renewed conflict between Hope, Thomas, and Liam Spencer (Scott Clifton). But there are some changes that can alter this dynamic, which would provide a fresh plot for the audience.

The Bold And The Beautiful Spoilers – Ending The Obsessive Pursuit

Thomas simply would not believe that Hope loved Liam more than him. But she did and that reality finally seemed to get through Thomas’ thick head while his claimed wedding to Zoe Buckingham (Kiara Barnes) was underway.

The central drama within this arc could shift by simply writing Atkinson’s character away from his obsessive pursuit of Hope. Instead, Douglas’ situation can be legally challenged, or personally negotiated. This could take a while, as the immediate future of Samiri’s character wouldn’t be clear.

B&B Spoilers – Court May Not Be Necessary

Sure, Hope and Thomas could simply go to court, with a judge ruling on where Douglas lives and who has control over him. Of course, shared custody could be enforced, which would enable Hope and Thomas to cross paths regularly.

It wouldn’t be believable for the tension between Liam and Thomas to simply evaporate, or slowly dissipate, as they don’t like each other for reasons that go beyond Hope. Thomas’ pointed accusations regarding Liam not being a good father to Kelly Spencer (Avalon and Colette Gray) hit hard and can surely be mined again. A shift in that specific direction would also be warranted.

The Bold And The Beautiful Spoilers – Workplace Power Share

Steffy Forrester (Jacqueline MacInnes Wood) is running Forrester Creations with her father. But Ridge Forrester (Thorsten Kaye) needs to resolve his relationship issues with Brooke Logan (Katherine Kelly Lang) and Shauna Fulton (Denise Richards) so that he’s able to have a clear focus when at work.

The Bold and the Beautiful Spoilers: Wednesday, June 17 – Katherine Chancellor Drops A Bomb On Stephanie – Nick Makes An Appeal To Brookehttps://t.co/j7zwkEBDmv

In the meantime, it’s reasonable to believe that Thomas will be allowed to return to his job at FC. Even if he discards his intent to be with Hope, Thomas remains likely to continue seeking a greater share of power at the family business. With Ridge distracted Hope’s line could potentially fall under Thomas’ influence, with various fireworks resulting.