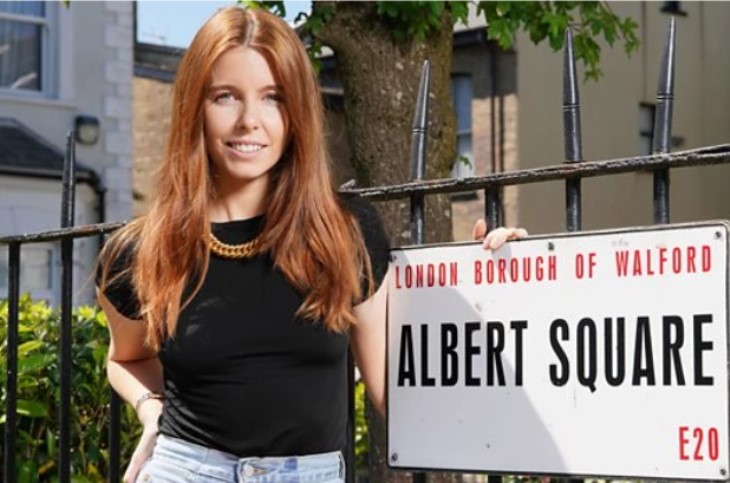 EastEnders spoilers reveal the stunning news that for the first time in its 35-year run, the sudser runs out of new content on Tuesday, resulting in an unprecedented hiatus.

EastEnders’ lack of original material is a result of the show’s production stoppage in the wake of the COVID-19 pandemic outbreak and subsequent crisis.

The BBC soap came to a grinding halt in March, at a time when the UK went into lockdown, and citizens were told to isolate at home. Most businesses and shops also shut down.

When production was put on hold the soap had just a couple of months worth of original episodes in stock.
What happens now that there is no new content to show?

BBC One has a Plan B!

Like many other soaps, the channel will now begin airing encore or repeat episodes. In this way, newer fans will get a glimpse into the history of the characters and the show, and seasoned fans will have the opportunity to revisit favorite moments and scenes.

And the channel also has a novel idea in place, what it is calling a spin-off show. In reality, the show is an inside look at the behind the scenes goings-on and will air on Mondays and Tuesdays.

While the show has run out of fresh material, all is not lost as the cast and crew have returned to the set over the past few days. Production has begun on new episodes, but these are not ready for viewing just yet.

The soap will return this summer, resuming its four days a week schedule, albeit with a significant change.

Executive Producer Jon Sen said, “Resuming production is incredibly exciting and challenging in equal measure.” But the show returns with shorter episodes. Instead of the typical half-hour shows, the episodes will be 20 minutes long, at least in the beginning.”

Sen added, “Since we postponed filming we’ve been working non-stop trialing techniques, filming methods and new ways of working so that we can return to screens four times a week – as EastEnders should be.”

“Filming will inevitably be a more complex process now so creating 20-minute episodes will enable us to ensure that when we return, EastEnders will still be the show the audience know and love.”