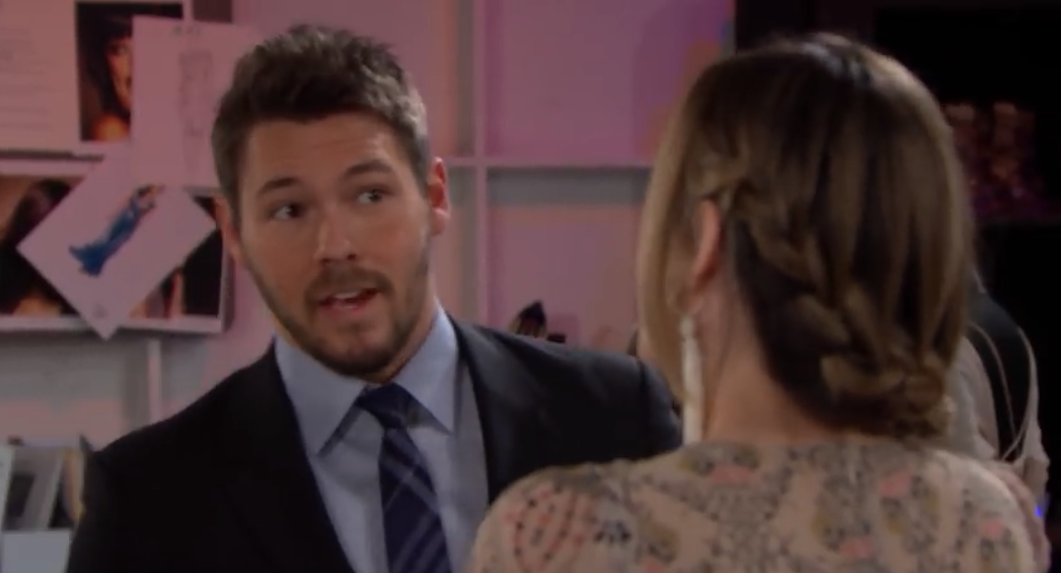 The Bold and the Beautiful Spoilers: Liam Spencer Voices His Suspicions Of Thomas Forrester’s Intentions Towards Hope Logan

Liam voices his suspicions of Thomas’s intentions towards Hope, and accuses him of using Zoe to get to Hope, as he tries to make Thomas realize that he means business in the backstage area of Forrester Creations. Thomas literally laughs at Liam, and of course denies everything to him, although in reality that is exactly his plan! The problem is, Hope and Zoe are overhearing everything that is said between the two, and Zoe is particularly disturbed at the part about Thomas using her to get to Hope! Zoe will go to Thomas to ask if that is true, and Thomas tells her absolutely not, and will state that Liam is paranoid, and crazy! Zoe, of course, believes him – she is so crazy over Thomas that she can’t see the forest for the trees, and so wants to be loved and desired by him that she can’t see that he’s telling her what she wants to hear! Thomas will carry his plan out to the extreme, as will be proven by the end of the week.

Hope Logan also overheard the skirmish between Liam and Thomas, and after Thomas and Zoe leave, Liam next turns his whistleblower attention to Hope, and has an all-out confrontation with her! Liam will accuse Hope of having a false sense of security, and that she should be able to see the signs that Thomas again is manipulating her, and the situation with Zoe, and then accuses her that Thomas’ manipulation is working because of how she’s responding to his accusations of him! Hope knows that Thomas is involved with Zoe, and that it is getting serious, because Douglas Forrester (Henry Joseph Samiri) has become confused by his daddy spending so much time with this woman he barely knows and has not spent any time with hardly at all, and doesn’t want to.

He thinks that his daddy is trying to replace Hope as his mommy, and it’s scary to him – he told Hope all about it at Zoe’s birthday party! Hope believes him even when Liam gives her the same theory as he accused Thomas of, of using Zoe to get to Hope and that his “relationship” with her is all a sham! Hope heard everything he said to Thomas, and becomes frustrated to the point that she shuts Liam up and leaves him speechless; she tells him, “Let’s say that I did end up with Thomas. At least I know that he wouldn’t be kissing other women!” referring, of course, to her seeing Liam kissing Steffy Forrester (Jacqueline Macinness Wood)! Liam has no words!