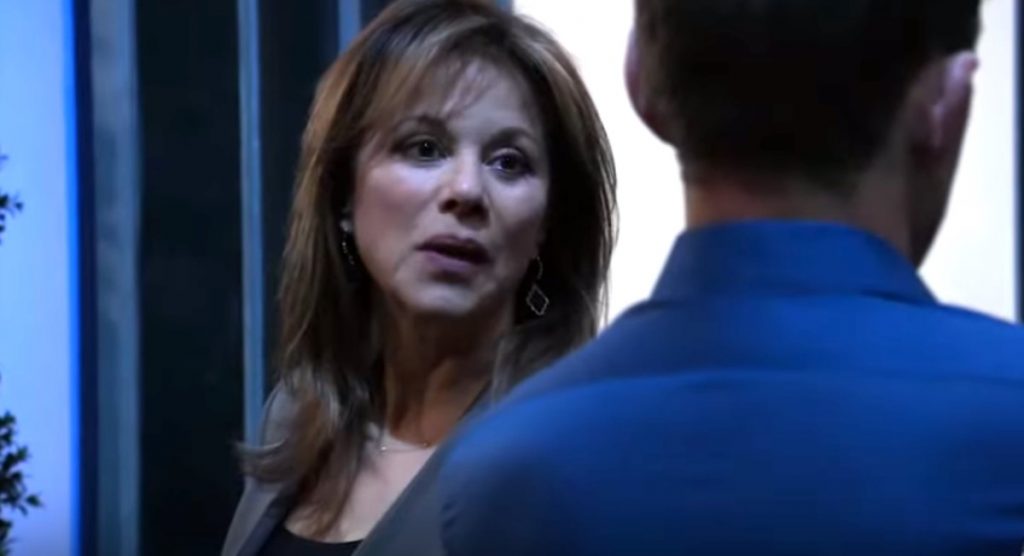 General Hospital (GH) spoilers tease that Valentin Cassadine (James Patrick Stuart) will have to figure out what do next after DNA results confirmed what the codicil to Mikkos Cassadine’s will revealed. It turns out that Valentin is not Mikkos’ son after all. He is Helena Cassadine’s (Constance Towers) son from an affair she had. But should Valentin just blindly trust the results of a DNA test, especially in Port Charles?

Some would say it would serve Valentin right if the results of the DNA test were altered. After all. how many of those same tests did he have altered himself in order to manipulate Nina Reeves (Cynthia Watros) with the Sasha Gilmore (Sofia Mattson) lie?

Valentin would still say to this day that everything that he did was because he lived Nina and just wanted her to be happy. What if someone else decided to change the results of the test, so Valentin would be of Cassadine drama?

Alexis Davis (Nancy Lee Grahn) also submitted her DNA to compare against Valentin’s. She is Mikkos’ daughter so if the tests showed that she and Valentin aren’t related, then everything that Valentin always believed about himself was wrong. But Alexis made several comments that seemed as though she might be done some DNA tampering herself. She talked about it would be a blessing for Valentin to find out he wasn’t a Cassadine. Did she somehow make that possibility a reality in order to save Valentin from himself?

Of course, changing the results would also give Nikolas Cassadine (Marcus Coloma) back the Cassadine wealth and properties. Alexis and Nikolas have always been close, but would she do something so unethical even if she thought it would be for the greater good? It seems doubtful, but Alexis did give some strange looks while the tests were done and she just happened to be in Valentin’s vicinity at the Metro Court to comfort him.

Not one to stay down, Valentin is hard at work trying to get the ELQ shares currently in the possession of Nelle Benson (Chloe Lanier) and Brook Lynn Quartermaine (Amanda Setton). Is he trying to insinuate himself to another Port Charles family? Will take over ELQ and cause his own particular brand of mayhem there?

Will it is revealed down the road that Alexis changed the DNA test results and Valentin is a Cassadine after all? Or did Valentin just get what’s coming to him? Will he take over ELQ, and insinuate himself into the Quartermaine’s lives? Only time will tell, so stay tuned to General Hospital airing weekdays on ABC. And don’t forget to check back here regularly for all your General Hospital news, information and spoilers!