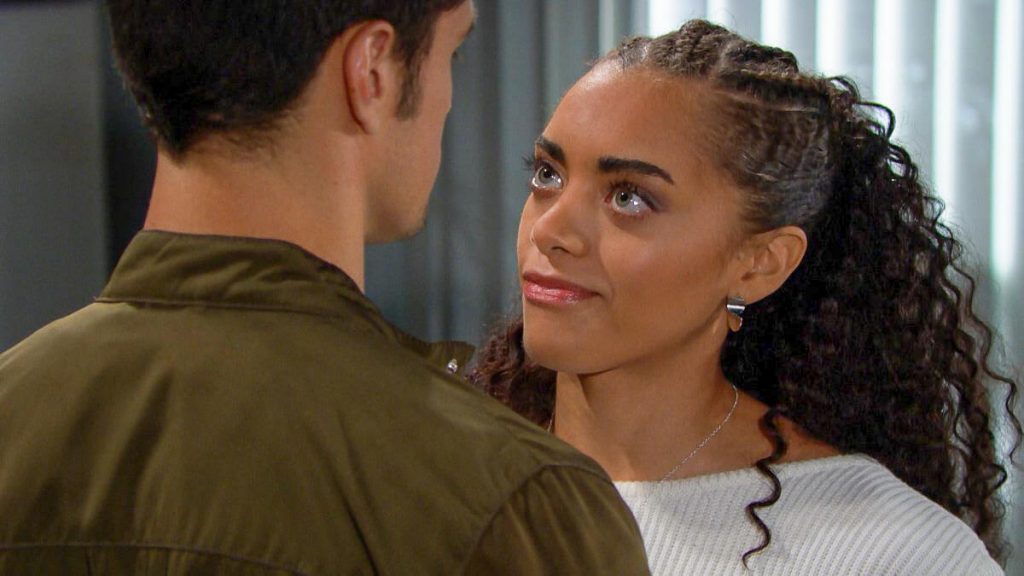 The Bold and the Beautiful spoilers reveal Thomas Forrester (Matthew Atkinson) proposes to Zoe Buckingham (Kiara Barnes). However, she won’t say yes unless he complies with one request. It sounds similar to the conditional proposal Liam Spencer (Scott Clifton) gave Hope Logan (Annika Noelle). Is this Liam’s idea and how could Thomas react?

B&B spoilers confirm Thomas proposes marriage to Zoe during the week of February 17. This will likely stun the model since they haven’t been dating that long. It’s too bad she doesn’t realize that Thomas’s feelings for her are not genuine. At least, that is what it seems like right now, but could someone fill Zoe in on the truth?

It is teased Thomas gets an answer to his proposal, but it isn’t a yes or a no. It’s not even a maybe. Before answering Thomas’ question, she makes a request of the villain. It isn’t revealed what exactly she asks, but it must have something to do with Hope or Douglas Forrester (Henry Joseph Samiri).

The Bold and the Beautiful spoilers reveal Hope had a firm talk with Thomas about his relationship. It’s having a negative effect on Douglas because the child doesn’t understand what is happening. Even Vincent “Vinny” Walker (Joe LoCicero) has tried to reason with Thomas about his irresponsible decision.

So, for Thomas to continue using Douglas in this way is just cruel.

The Bold and the Beautiful Spoilers: Liam Spencer’s Idea?

There are hints that Hope and Douglas won’t be the only people on Zoe’s mind as she ponders the marriage proposal. She could also be conflicted after Liam tries to tell Zoe about the real Thomas. Her not agreeing to marry Thomas unless he honors a request sounds very much like Liam’s conditional proposal to Hope.

How will this storyline end and will Thomas agree to Zoe’s request? Could Hope have a very different reaction than Thomas has predicted? Fans will have to keep watching the CBS soap to see how this whole situation plays out.