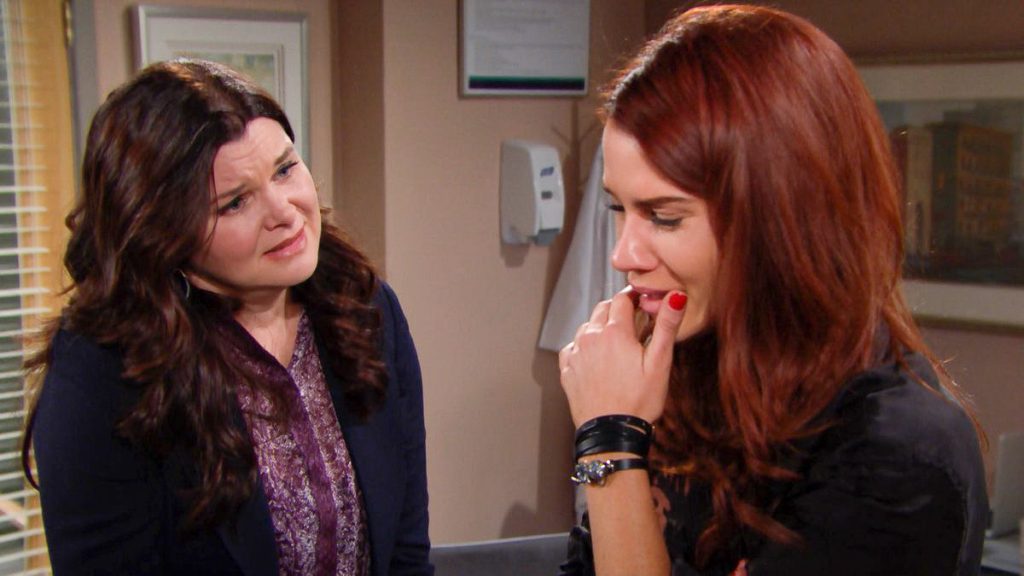 The Bold and the Beautiful spoilers for Friday, February 14, tease that Douglas Forrester (Henry Joseph Samiri) will inadvertently cause some uncomfortable moments. As B&B viewers know, Douglas is a sweet kid with a big heart, and he’s not one who would purposely say or do anything to make anyone feel bad. But right now, he happens to be pretty confused and worried.

As B&B viewers will remember. Thomas Forrester (Matthew Atkinson) made it a point to kiss and canoodle with Zoe in front of Douglas. His grand plan was for Douglas to get upset, then run to Hope Logan (Annika Noelle) all worried about it. His plan worked perfectly, and now Hope is upset with Thomas.

As B&B viewers know, Thomas wants Douglas to ultimately beg for his family to be together, and it looks like he is close to getting that wish. Hope and Thomas are currently having a big discussion in the backstage area of Forrester about it, while Zoe and Douglas are off in another area of Forrester.

On Friday’s episode of the Bold and the Beautiful, Zoe will try to bond with Douglas, but it won’t go so well. Still upset over Thomas and Zoe kissing, Douglas will probably not want to spend much time around Zoe. He’ll just want to get back to his Mommy Hope, and that could cause some tension. At any rate, it looks like Zoe will end up feeling a bit rejected by Douglas,

Next, on Friday’s new episode of B&B, Katie Logan (Heather Tom) will hear something shocking and unsettling from Sally Spectra (Courtney Hope). As B&B viewers know, Sally’s condition is terminal, and she’s got about a month to live. To make matters worse, she’s decided that she doesn’t want her family and close friends to know about her illness.

Of course, B&B viewers know that Katie has already told Wyatt Spencer (Darin Brooks) about Sally’s diagnosis, but at this point, Sally doesn’t know that Wyatt knows. She thinks that her secret is safe, and on Friday’s episode, she’ll make another shocking revelation to Katie – that she wants to refuse treatment.

Now, there’s no treatment that will cure Sally, but there are medications that can make her more comfortable and allay her symptoms a bit going forward. Sally just doesn’t seem to be in the mindset of waiting to accept that this is her fate, though, and so it looks like Katie might have an uphill battle trying to persuade her to fight.

According to the Bold and the Beautiful spoilers, Katie will urge Sally to fight and to accept the medications so that she can live her next month to the fullest. We’ll see if Sally ultimately decides to take the treatment. Right now, her symptoms seem pretty severe, so she may need the medication in order to be able to live as she’s accustomed to the living during the next month.