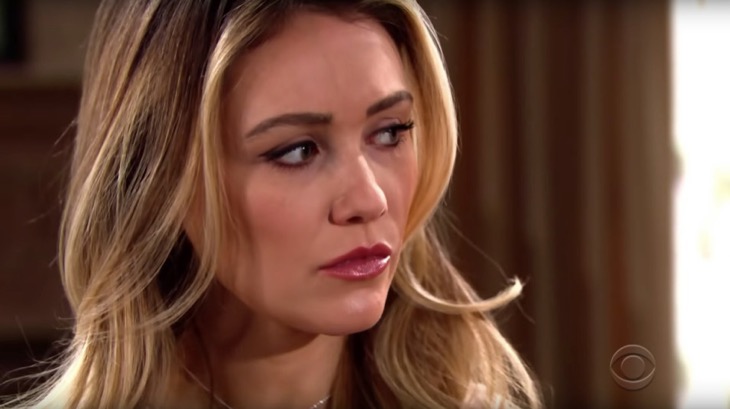 The Bold and the Beautiful spoilers document that Flo Fulton (Katrina Bowden) did not deserve to be knocked out by Dr. Penny Escobar (Monica Ruiz). However, B&B fans know that two specific choices Flo made sparked that crisis, as Penny felt that her career was being threatened.

Sally Spectra (Courtney Hope) and Penny had to remove Flo’s unconscious body from Wyatt Spencer’s (Darin Brooks) living room floor. That remarkable choice only occurred because Flo decided to tell Sally what she learned in Penny’s office at the hospital. But that was her second mistake.

Bold And The Beautiful Spoilers – Wyatt Spencer Needed To Know

It’s easy to second guess, especially in the daytime. But can anyone legitimately argue that Flo shouldn’t have told Wyatt that Sally wasn’t dying before she confronted Hope’s character?

By doing so, Flo not gave her enemy a chance to recalculate. But more importantly, Flo chose to enter a deteriorating situation that became criminal after Penny arrived at Wyatt’s house.

Flo, in not knowing Penny, didn’t consider that turning her back on the doctor would cause her to need medical care. Penny’s impulse grab of the candlestick holder, that was located on top of a table by the front door, led to Flo’s bludgeoning from behind.

Flo went to Wyatt’s with a premeditated act in mind. She had a rubber snake with her that was purposely concealed.

It was impractical for Flo to hire, or dress like a clown. So, she obtained a snake, as that was the other phobia Flo knew Sally had.

Flo’s throwing of the fake snake near Sally’s walker was intended to provoke a response and it did. In a moment of comic relief within the serious scene that was developing, Hope screamed, discarded the walker prop, and ran around the set. She, Bowden, and the gathered crew must have enjoyed some off-camera laughs during this sequence for sure.

But even though Sally was exposed, she stuck to her story. So, Flo pushed the issue further.

The Bold And The Beautiful Spoilers – Pancake Makeup Smearing

Smearing Sally’s pancake makeup, along with continued verbal pressure, finally broke the ruse. Even then, Flo didn’t seem to be in danger. But Penny walked in.

Knowing that her medical license would be lost and realizing that Sally’s promise of access to the fashion world wouldn’t be fulfilled, Penny was cornered. So, Ruiz, Bowden, and Hope positioned themselves in the room, as the masterful scene played out. And then Flo’s world went dark.