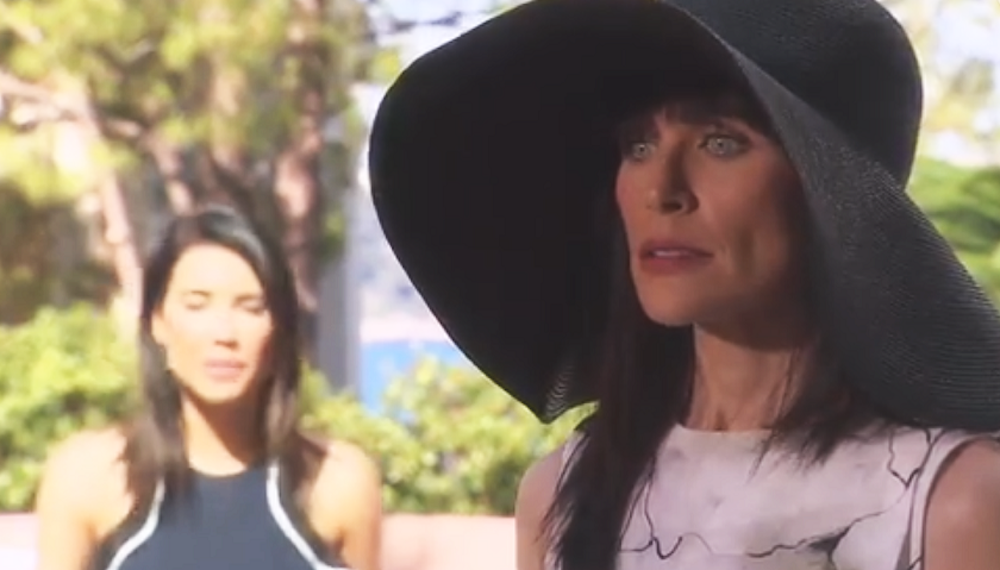 The Bold and the Beautiful (B&B) spoilers for the week of April 27th tease that viewers are in for a big week on the CBS soap. As you probably know by now, CBS has broadcast all of the original episodes of B&B that it had in the can, so there is no more original programming. However, there will still be fun content for viewers to watch all week during the week of April 27th, as the show is planning a themed week!

The documentary is directed by B&B’s supervising producer, Casey Kasprzyk, and it demonstrates for viewers how the show is put together and gives viewers a look into the program’s worldwide popularity. Casey told TV Insider: “Whether you’re a longtime viewer or someone who’s newer to the show, this will give people a chance to see how a daytime show is put together.”

Casey continued: “These episodes are a gift to our audiences. Nothing will ever beat an original episode of B&B, but this is a nice opportunity to show something we hope will be an exciting alternative.”

Your Favorite B&B Stars Will Be In The Exciting Documentary

The Bold and the Beautiful Spoilers: CBS Soap Actress Courtney Hope Dishes That Sally Is Not A Villain – Has Good Intentions At Heart #bb #boldandbeautiful https://t.co/Y1xQmx4mIS

It looks like viewers will see some of their favorite B&B stars in the documentary, including Rena Sofer (Quinn Forrester), John McCook (Eric Forrester), Jacqueline MacInnes Wood (Steffy Forrester), Darin Brooks (Wyatt Spencer), and Scott Clifton (Liam Spencer). Viewers will get to see filming in action, as the stars work to create the program that we all know and love.

And one of the big scenes that will be shown being filmed is the scene in which Steffy chased after Quinn in Monaco, not knowing that Quinn was the woman that Eric was romancing. Viewers will also get to see the cast being interviewed by the press and meeting Prince Albert.

TV Insider also reports that some of the actors will be shown during a press panel actually reading mean tweets about their characters. It should be all in good fun, and it’s certainly a scenario that fans will be excited to see.

Viewers Will See Encore Episodes For The Remainder Of The Week

And for Friday, May 1st, CBS is scheduled to air another encore episode of B&B, although the network has not yet released exactly which episode this will be. We’ll be sure to keep you posted as we hear more information about which episode will air on this date.

It looks like we’re in for a great week of nostalgia! Stay tuned to the CBS soap and don’t forget to check Celebrating The Soaps often for the latest Bold and the Beautiful spoilers, updates, and news.

Days of Our Lives Spoilers: Guilt-Ridden Hope Begs For Forgiveness