The Bold and The Beautiful Spoilers: What Did Wyatt See, Fooled By Sally Or Ready To Dump Her? 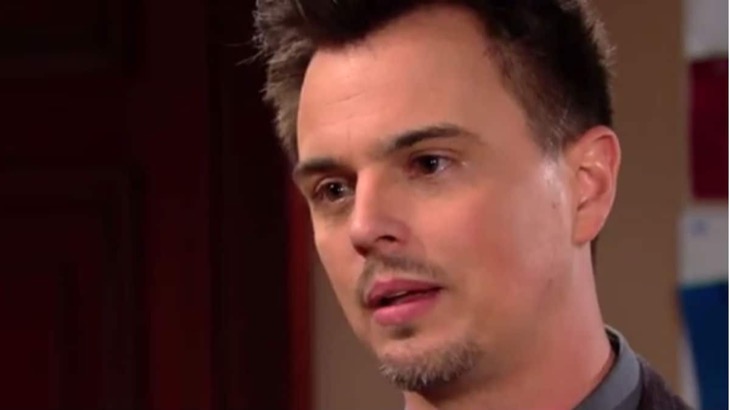 The Bold and the Beautiful spoilers reveal that Wyatt Spencer (Darin Brooks) saw something when he opened up the door, but what exactly? There are a lot of different possibilities. Until production resumes and new episodes air, let’s explore all of the scandalous possibilities!

The Bold and The Beautiful Spoilers – Dragging Flo Fulton’s Body

B&B spoilers indicate that there is a possibility that Wyatt sees Sally Spectra (Courtney Hope) and Dr. Penny Escobar (Monica Ruiz) dragging Flo Fulton’s (Katrina Bowden) body through the living room. However, we don’t think this is really what Wyatt saw because soaps love to extend storylines.

In fact, head writer and executive producer Bradley Bell once said that his father’s motto was that a good storyline takes at least eight months to complete.

B&B Spoilers – Sally Spectra Fell And Can’t Get Up

It is most likely that Wyatt sees Sally sprawled on the floor with her neon blue walker tipped over. He will rush over to help her and will want to know what happened. She will take advantage of his heart and claim she knows she has to move out and was trying to rush. In the frenzy of packing, she fell and couldn’t get up.

The Bold and The Beautiful Spoilers – Dr. Penny Escobar Reading A Magazine

The Bold and the Beautiful spoilers reveal that while Sally does damage control, Penny could be making herself at home. Lounging on Wyatt’s couch, propping her dirty feet up while flipping through a magazine.

Not only does Penny not live there, but why is Sally’s doctor just kicking up her heels in someone else’s house? Where is Sally? Those are the questions that are going to enter Wyatt’s mind.

It is possible that Wyatt will come home and want to know why his living room is such a mess. He has no idea that it’s because Flo was knocked so hard that her body literally flew into Sally, pushing them both down to the ground. Of course, then they had to drag Flo’s body and there was stuff in the way.

But Sally will likely make up some excuse that will tug at Wyatt’s heartstrings.

What do you think Wyatt sees when he opens up the door? What kind of plan does Sally have to cover up Flo being knocked unconscious? Where will they take her body and how to keep her quiet when she wakes up?