The Bold and the Beautiful spoilers reveal Hope Logan (Annika Noelle) is still deeply hurt by Liam Spencer’s (Scott Clifton) betrayal. In fact, it is causing her to see how Thomas Forrester (Matthew Atkinson) gushes over Zoe Buckingham (Kiara Barnes). Hope wishes Liam would’ve only had eyes for her. In fact, she bashes Liam when he tries to expose the villain. She replies that at least Thomas doesn’t kiss other women.

The Bold and the Beautiful Spoilers – Liam Spencer Confronts Villain

B&B spoilers indicate Liam will have another argument with Thomas. He shoots off several accusations at the villain, including pretending to have feelings for Zoe. Despite Liam issuing a stern warning, Thomas just laughs at his rival. 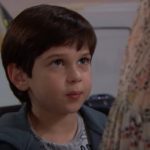 The heated conversation between Liam and Thomas is overheard by Zoe. She becomes concerned when Liam accuses Thomas of using the model as a way to get to Hope. This causes Zoe to ask the designer if any of Liam’s statements were true. In typical Thomas fashion, he is able to smooth things over and convince Zoe his feelings are real.

The Bold and the Beautiful Spoilers – Convincing Hope Logan

The Bold and the Beautiful spoilers reveal Liam will go to Hope and beg her to see Thomas is just manipulating her again. However, she is in no mood to hear anything from her former partner. She is still angry over Liam kissing Steffy Forrester (Jacqueline MacInnes Wood).

Plus, Thomas is starting to look really good to Hope. Let’s be clear, she isn’t interested in him as a potential romantic interest. What she admires and is envious of is how he dotes on Zoe night and day.

When Liam suggests Hope is being naive when it comes to Thomas, she fires back an insult that leaves him speechless. Actor Scott Clifton discussed the scene with Soap Opera Digest.

“… Hope deals Liam a death blow, which is, ‘Let’s say I did end up with Thomas. At least I know that he wouldn’t be kissing other women.’ What’s Liam going to say? She’s absolutely right, so that effectively ends th4e conversation.”

The Bold and the Beautiful Spoilers: Ridge’s Decision Not Just About the Kiss –…

The Bold and the Beautiful Rumors: Will Eric Dump Quinn When He Finds Out What She…