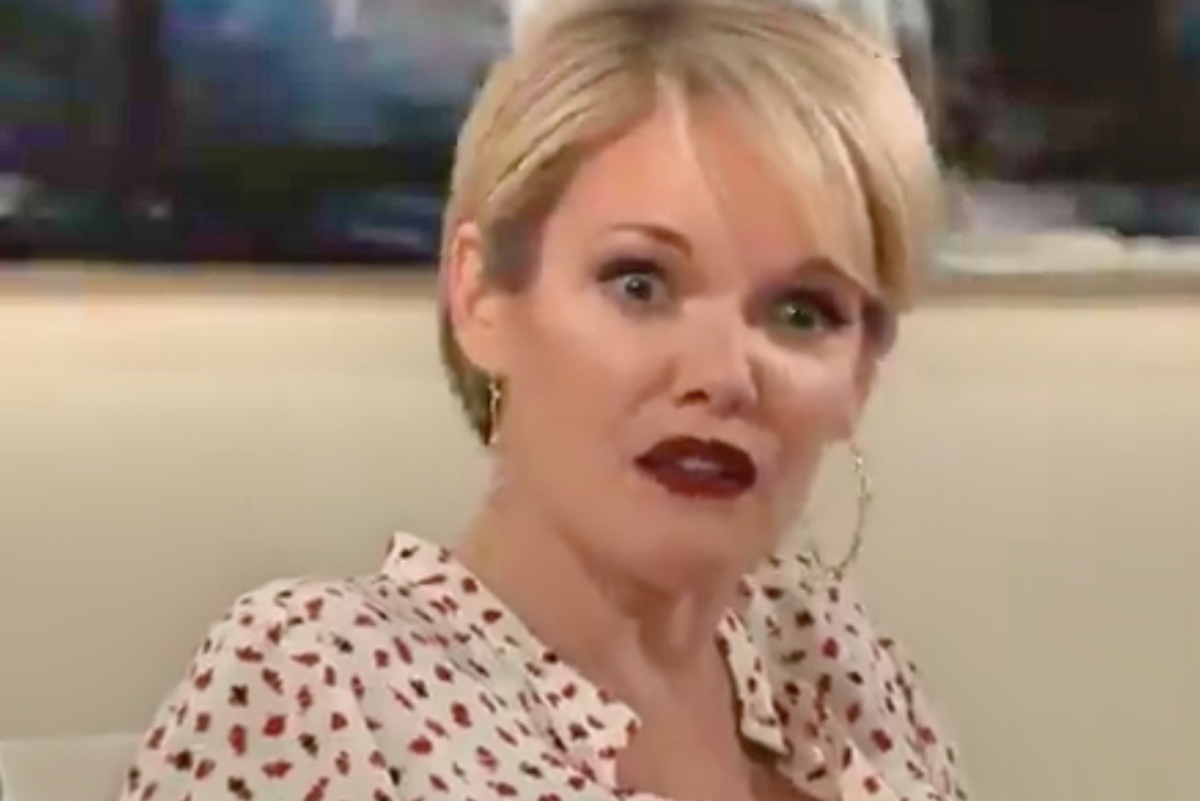 General Hospital spoilers tease that Ava Jerome Cassadine (Maura West) will be horrified when she hears what Nelle Benson Archer (Chloe Lanier) did, and how she ruined lives when she switched her live baby with Lucas Jones (Ryan Carnes) adopted baby in and upcoming episode of GH!

GH Spoilers: Ava Jerome Cassadine Was Part Of The Family Too

Ava was part of the family too, although she was not really all that involved with Wiley Cooper-Jones/Jonah Corinthos (Erik and Theodore Olson). She is Julian Jerome’s (William DeVry) sister, so she is Lucas’ birth aunt, and she was there right along with Julian when the proud adoptive parents brought the baby for Julian and Ava to meet at Charlie’s Pub.

Ava hired Nelle to work for her for a short period of time at her art gallery, and although she was one of the few people in town to trust her enough to hire her, and she helped hide the baby blanket that she’d crocheted that was exactly like Morgan Corinthos’ (Bryan Craig) in order to gaslight Carly Corinthos (Laura Wright), even Ava will be horrified when she hears about the baby switch that went on nearly two years!

No one could call Ava mother of the year, but even she would draw the line at doing something as horrific as that! Ava has changed since losing her older daughter Kiki Jerome (Hayley Erin) but even when Kiki was still alive, she would have never passed off a live child as a dead one!

Ava will likely talk about Nelle with Julian, since Ava did get to know her a little bit when she worked for her. She had no idea how evil Nelle was, and has decided she must be a narcissistic sociopath – a person who cares only about oneself and is incapable of empathy for others. Ava doesn’t know how much Julian knows or knew about the baby swap, and it’s probably better it stays that way as far as Julian is concerned.

All Ava knows is Grandpa Julian isn’t Grandpa Julian anymore and he was attached to the baby and probably won’t get to see him at all anymore, and what’s worse is now it’s Grandpa Sonny Corinthos (Maurice Benard)! Ava knows that she’s had her problems – even though many times it was her fault – with keeping visitation up with her child with Sonny, Avery Jerome-Corinthos (Ava and Grace Scarola) and joint custody is no longer an option although they did try it before.

She fears Julian will never get to see Wiley/Jonah even though he is very attached to him. However, Carly was gracious enough to invite him to Lucas’ and Brad’s welcome home/going away party where Lucas remembered what Brad told him the night of the crash – that Wiley wasn’t the same baby they adopted, but he was Nelle and Michael’s baby. The more Ava finds out about the whole convoluted mess, the more horrified she will be that Nelle could be that evil!

Stay tuned to GH and keep checking General Hospital spoilers frequently for all the latest news,updates and developments!