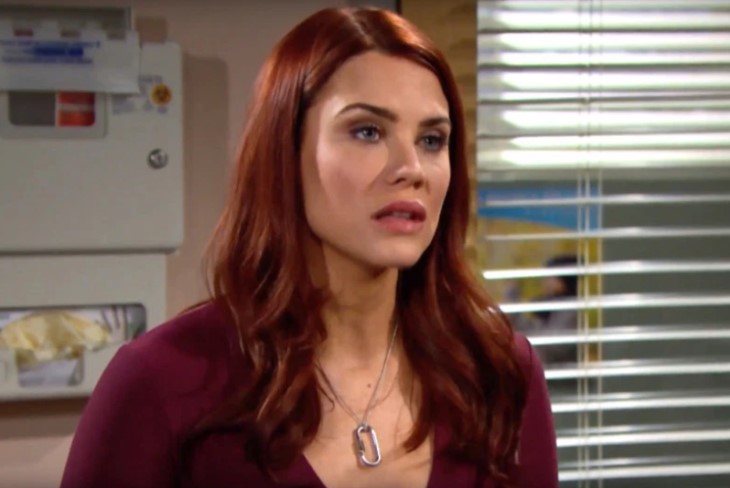 The Bold and the Beautiful spoilers reveal that Sally Spectra (Courtney Hope) is going to extreme measures to get what she wants. This includes betraying the trust of those closest to her, including Wyatt Spencer (Darin Brooks). Does she feel any guilt or remorse about her drastic scheme? The actress discussed what is going on in Sally’s head as she plays “dead.”

The Bold and the Beautiful Spoilers – Just Wants To Be Loved

B&B spoilers reveal that at the root of all of this, Sally just wants to be loved. Actress Courtney Hope told TV Insider that the desire to love and be loved in return is what prompted this whole scheme. She is sick and tired of losing all of the time. Scheming is in her blood and she comes from a long line of it.

Now, does she think it will work? Sally is hoping so, but deep down inside, Sally probably knows the plan is doomed to fail.

B&B Spoilers – Honesty Did Her No Favors

For the past few years, Sally has tried to do things the “right” way. She has been honest and tried to be ethical in everything. However, she found that all it did was made her lose at everything in both her personal and professional life.

The Bold and the Beautiful spoilers reveal that deep down, Sally does have remorse for what she is doing. However, at the same time, she is determined to get what she feels she is entitled to. Other people can have love, why can’t she?

“Deep down, all Sally wants it to love and be loved in return, but she also isn’t going to sit back and get walked all over time and time again. The Spectras are known for fighting for what they believe is rightfully theirs and will stop at nothing until that happens.”

B&B Spoilers – Tired of Losing All the Time

Hope also explained that despite trying to do everything “right,” Sally always ends up losing and she’s tired of it. For once, she wants to come out on top and is taking drastic measures to make sure that happens. However, this plan is doomed to fail and it seems like Sally will be exposed sooner rather than later

Bold and the Beautiful Spoilers: Brooke Turns To Booze Again, Who Will Be Her Knight In Shining Armor?https://t.co/WNY373LYD4

What do you think is going to be Sally’s undoing? Will she make a mistake that exposes her to Wyatt? Or will someone else reveal the scheme? Fans will have to keep watching the CBS soap opera to see how this storyline develops.