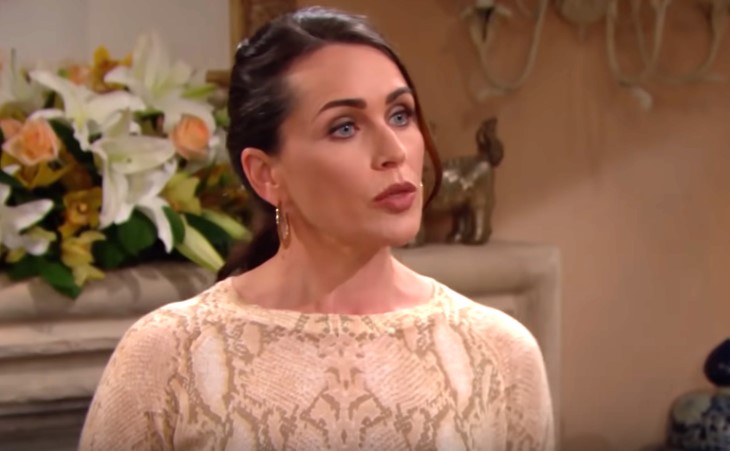 The Bold and the Beautiful spoilers reveal that Eric Forrester (John McCook) is furious with his wife for destroying Brooke Logan Forrester’s (Katherine Kelly Lang) marriage. He is about to end their relationship, which prompts Quinn to do damage control. However, can she convince Eric that they shouldn’t split up because of Brooke’s bad behavior? Or is the man just done with the brutal brunette?

The Bold and the Beautiful Spoilers – Destroying Brooke Logan Forrester

B&B spoilers reveal that Quinn’s plan to destroy Brooke has worked, but it will have unintended consequences. For one, Quinn didn’t mean to hurt Katie Logan (Heather Logan), but it couldn’t be avoided because Brooke betrayed Ridge Forrester (Thorsten Kaye) with Bill Spencer (Don Diamont). However, Quinn never expected Eric to react the way he will in upcoming episodes.

It is teased that Quinn’s revenge scheme will boomerang and hit her where it hurts the most. Remember, Eric has a soft spot for Brooke and always finds a way to defend or excuse her bad behavior. Even during the “Brill” reveal, he tried to rationalize it by saying it must be an old video of when they were together long ago. However, Quinn was quick to point out the baby monitor.

The Bold and the Beautiful spoilers reveal that Eric is furious that Quinn got herself in the middle of “Bridge.” He is also angry that she went to such extreme lengths to publicly humiliate Ridge, Brooke, Bill, and Katie. In fact, Eric is so enraged that he is considering breaking things off with Quinn.

It is teased that during the week of April 6, Quinn will attempt to repair the damage done to her marriage. However, will Eric listen to what she has to say? Quinn will need to be careful about how she addresses this. She needs to explain her reasons without slamming Brooke because of how Eric feels about her.

The Bold and the Beautiful Spoilers: Ridge’s Decision Not Just About the Kiss – Here’s What Really Sealed the ‘Bridge’ Breakup Deal https://t.co/noEjMpdBac pic.twitter.com/n77USQYdQJ

In the end, though, Eric will probably forgive his wife. It is in his nature and he’s never really held a grudge in the past, so there’s no reason to believe that he won’t forgive Quinn for destroying “Bridge.” To find out how this storyline ends and if Eric forgives his wife, fans will have to keep watching the CBS soap opera.

Days of Our Lives Spoilers: Hope Haunted By Gina Memory – Does The Princess Still Live?