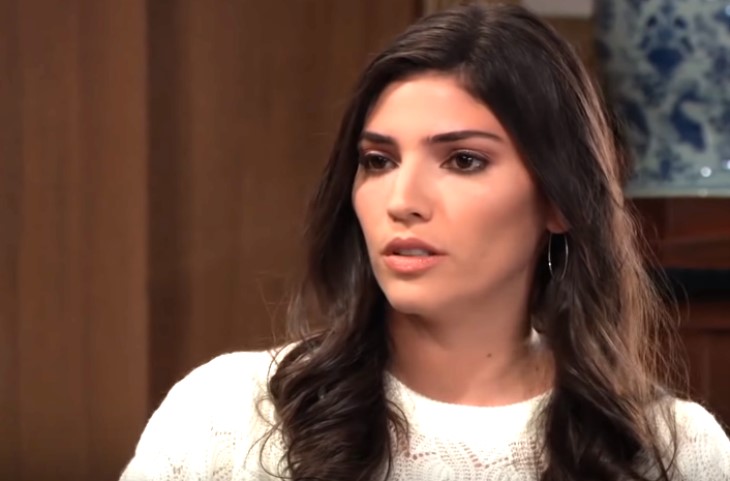 General Hospital (GH) spoilers tease that Brook Lynn Quartermaine (Amanda Setton) will be able to return to her passion, her music. But after everything is said and done, will her heart be in it. In order to get out of her producer, Linc Brown’s (Dan Buran) control, Brook Lynn will have to give up her shares of ELQ.

What Brook Lynn doesn’t know is that Linc is realty working for Valentin Cassadine (James Patrick Stuart) in a bid to gain a controlling interest in the Quartermaine family business. Learning the whole situation was a setup against her own family, Brook Lynn may have a difficult time once she finally gets her freedom. Brook Lynn loves her family, and she initially refused to sign over the shares. Instead, she decided to try to work for ELQ.

Brook Lynn’s stint at ELQ was extremely short-lived. She posted a video to her social media account that inadvertently included classified documents. The put the company at risk of losing millions of dollars. Brook Lynn’s father, Ned Quartermaine (Wally Kurth) was left no choice but to fire her. In addition, after a very public fight with Lulu Spencer (Emme Rylan) at the Metro Court, Brook Lynn ended up spending the night in prison. Feeling defeated, Brook Lynn will likely now give her shares to Linc.

But Brook Lynn is fiercely loyal to her family. Once she finds out that Valentin actually has her shares and may very well be able to take over ELQ, will Brook Lynn’s creative juices still be able to flow? It seems likely that she will suffer writer’s block of some sort. She may only be able to half-heartedly give performances. Sure, she got what she wanted, but at what cost? Her guilt may interfere with whatever happiness she would have to do the one thing that she loves, creating music.

GH Spoilers – How Will The Other Quartermaine’s React

Once they realize that Brook Lynn inadvertently sold them out, they will be angry. But they are family, and eventually, they will all come back together, stronger than ever. Hopefully, they can pull themselves together and unify to stop Valentin. But that will likely take some time.

Will she be able to move forward with her music? Or will the guilt eat away at her? How will the rest of her family react? Only time will tell, so stay tuned to General Hospital airing weekdays on ABC. And don’t forget to check back here regularly for all your General Hospital news, information, and spoilers!

General Hospital Spoilers: How Much Further Will Valentin Go To Help Nelle?