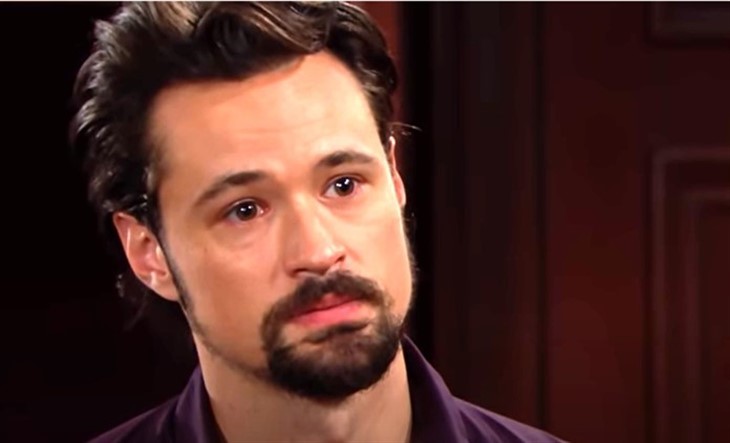 The Bold and The Beautiful spoilers and updates reveal when it comes to a person like Thomas Forrester (Matthew Atkinson), you either absolutely love him or you absolutely loathe him. With everything that he’s done and said these last several months in this fictional town of Los Angeles, there’s a good chance that viewers might feel the latter about Thomas.

With that said though, it looks like this Forrester son will soon be in the spotlight as his mental health issues will get very serious. Here are five things that fans need to look out for as Thomas’s life is about to take a turn for the worst. Check out our list below and let us know what you think.

Is that Hope Logan (Annika Noelle) really talking to him from the other corner of the room is it just a creepy doll that Thomas thinks is Hope, but only in his head? Either way, this creepy obsession will begin to mess with Thomas’ mental state and he will visualize things that really aren’t there.

#2 Thomas Forrester’s Obsession Is Going To Get Very Dangerous

Thomas is used to getting everything that he wants in his life and because he didn’t manage to keep Hope Logan in his arm, he and his subconscious are willing to do whatever it takes to make it happen. Let’s just say that things are going to get quite ugly and dangerous soon as Thomas will take it upon himself to ‘eliminate’ those who stand in his way.

The thing about someone like Thomas Forrester is that it’s really easy to hate him the say the way that it’s just as easy to love him. Soon enough, both his friends and his enemies will get very worried about him, including his long time love rival Liam Spencer (Scott Clifton).

#4 He Might End Up Causing Someone Else Harm – Or Himself

While there’s no doubt that everyone knows just how important it is to shed a light on mental health issues, it’s just as important to point out that situations like these tend to go towards a downward spiral and real fast, too. If Thomas doesn’t end up causing harm to someone else, he might end up going it to himself.

We’ve seen Thomas Forrester do some very evil and shady things (including running a former Forrester Creations employee off the road and to her death). Watch this space as we have a feeling that the writers of The Bold and the Beautiful are certainly going to surprise us with the ending to this storyline like never before.