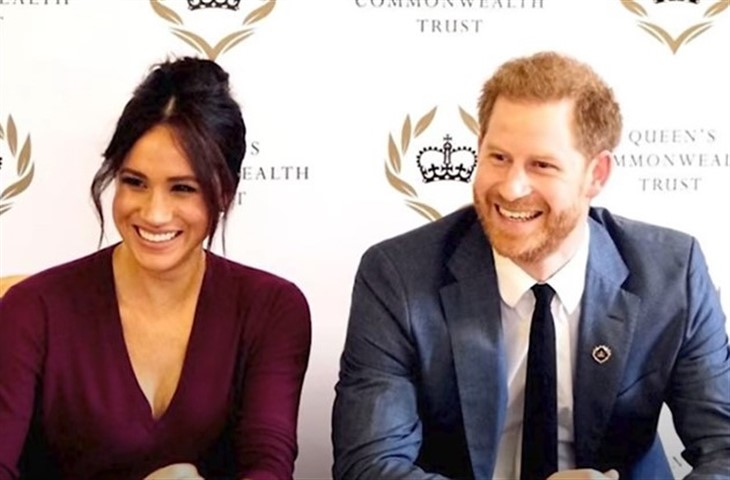 British family news reveals it’s safe to say that 2020 has not been a very good year for Prince Harry, Duke of Sussex, and Meghan Markle and for several good reasons, too. That’s because they’ve managed to make one negative headline after another, if it’s not for buying a $14 million dollar mansion in Montecito, Calif., Zooming their way to a new career as celebrity philanthropists (while also keeping their royal titles), or staging photo ops at cemeteries in Los Angeles.

With that said, it seems like the future is rather bleak for the Duke and Duchess of Sussex, especially if they don’t act fast and do something to rehabilitate their image. That’s why we’ve got a list of five things that will happen to Harry and Meghan in 2021 unless they start making some changes now. Check it out below and let us know what you think.

#1 They Need To Hire A Better PR Team

Meghan Markle might have thought that by going back to her Hollywood roots, she would have had all of the top people in the business dying to work with her. Unfortunately, that hasn’t happened. She and Prince Harry need to hire a better PR team because so far their public relations strategy has pulled them backward rather than forwards with their multiple embarrassing blunders.

Prince Harry and Meghan Markle apparently want to keep all of the perks that come with being members of the royal family, but without the work and of course, while also living in a totally different postal code. That’s just not going to happen as Harry and Meghan need to realize that royals don’t live in L.A. – unless they are the hip hop kind.

#3 Their Celebrity ‘Friends’ Are Fast Turning Their Backs On Them

While there’s no doubt that Harry and Meghan managed to invite the A-list to their wedding and even to Meghan’s baby shower back in 2019, it seems like many of those same fans are fast turning their backs on them. In fact, one report suggested that George and Amal Clooney told wedding guests at Harry and Meghan’s royal wedding in 2018 that they barely even knew the couple.

With the Duke and Duchess of Sussex toeing the political line, staging photo ops in cemeteries, and complaining in one Zoom after another that they are getting constantly bullied by their critics, there’s a chance that the royal family might just permanently shut their palace doors on them. The Queen doesn’t need another royal headache.

#5 They, Face A Future Of Celebrity Obscurity And Ridicule

With the way things are going right now, there’s a good chance that Prince Harry and Meghan Markle might face an uncertain future of celebrity obscurity and ridicule. At this point, the only thing left for them to do is appear in commercials promoting Nespresso machines in Japan.