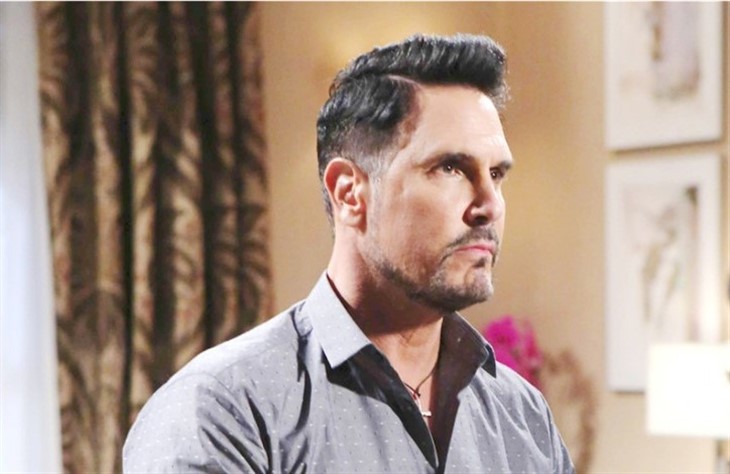 The Bold and the Beautiful spoilers reveal that the mannequin demands that Liam Spencer (Scott Clifton) be murdered. Bill Spencer (Don Diamont) also has a huge story coming up. We know that Liam isn’t being killed off, but Thomas Forrester (Matthew Atkinson) could viciously attack him. If that happens, Bill could explode and go after Thomas.

The Bold And The Beautiful Spoilers – Mannequins Demands Death

B&B spoilers reveal that Thomas is struggling as the mannequin keeps telling him to kill Liam. The life-size doll will continue getting more insistent, demanding, and threatening. It will get to the point where Thomas will find it impossible to function normally because the hallucinations will get more frequent. It will take over his entire life and the only way to get the voice to stop (besides getting psychiatric treatment) is to do what the doll wants.

It is teased that Hope Logan (Annika Noelle) is reportedly going to find Thomas injured and bleeding. There is a chance that this could be just a clumsy accident. Or he could pass out again but hit his head on something hard enough to cause bleeding. Another theory is that Thomas tries to take his own life when he can’t take the hallucinations anymore.

However, what if Thomas really does try to kill Liam? Since Clifton isn’t leaving the soap, it would obviously be a failed murder attempt. Liam would tell others about Thomas attacking him. When Bill hears what happened to his son, he could explode with rage.

The Bold and the Beautiful spoilers reveal that Liam will go through an extremely difficult time in the near future. Head writer and executive producer Bradley Bell told Soap Opera Digest that Liam is really going to struggle with it. Plus, Wyatt Spencer (Darin Brooks) will be by Liam’s side and help him deal with the situation. Could these teasers have anything to do with Thomas being ordered to commit murder?

The Bold And The Beautiful Spoilers: Steffy And Hope’s New War, Ridge And Brooke Divided As They Take Sideshttps://t.co/KARE8xHtHm

It is confirmed that Bill is going to have a huge story coming up. We haven’t seen the character in a while, so he’s overdue for something big. Bill’s storyline could be about anything, but is it possible that he will jump into action if Liam gets attacked? Does he brutally beat Thomas as punishment for trying to kill Liam? That might explain why Thomas is found with blood all over him. We will have to keep watching to see how these stories are going to develop.