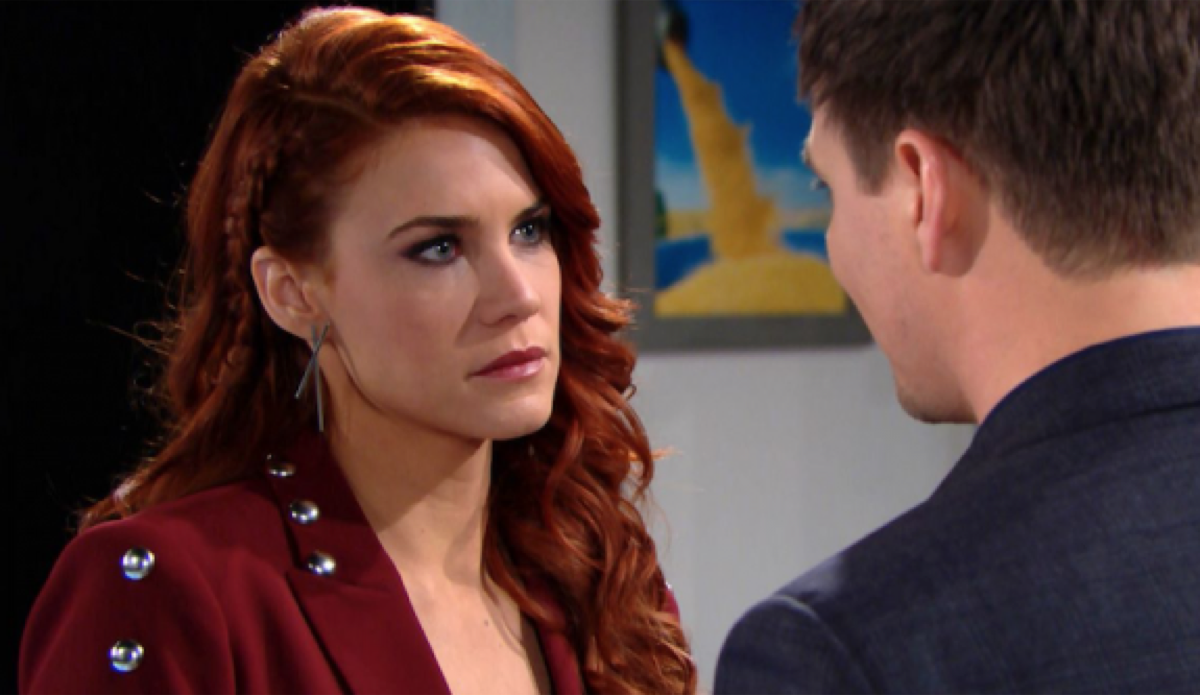 Sally has been off her game with her designs, and as viewers will recall, nearly got herself fired and lashed out at Steffy and Ridge Forrester, (Jacqueline Macinness Wood, Thorsten Kaye) in the offices of Forrester Creations in a recent episode, but they let up on her when they realized she was the throes of what appeared to be a panic attack.

They sent her home for the day to get some rest. However, the symptoms she exhibits include tremors in the hands, which has been causing her designs to falter because she cannot draw as well. In addition, she has been suffering severe headaches and now dizziness as well. The headaches point to this being less of a panic or anxiety disorder and more of a physical problem – possibly a brain tumor, and she’s tried to ignore the symptoms for so long that by now it may have grown quite large!

Sally Spectra ll Does Go To The Doctor, But Then Bumps Into Katie Logan

Sally goes to the doctor, but feels very alone after she returns. She’s not the kind of person that likes to share with others her problems or talk about them, and dealing with illness, especially a serious one like this one appears to be, is not something she’s used to or even knows how to deal with. She is never sick, and prides herself in being very healthy, so this diagnosis really knocks her for a loop.

Then she bumps into Katie Logan (Heather Tom). Katie takes concern because she can see something is really bothering Sally in spite of her trying to hide it, and Sally is very vulnerable. Sally has been trying to ignore her symptoms and hoping they would go away, and putting expectations on herself she has not been able to meet, pretending everything is okay at work, and around Wyatt Spencer (Darin Brooks) as well, and now this.

Katie has been through serious illness and been near the brink of death herself, and reaches out to Sally to talk to her about what is going on. Sally will finally give in and talk to Katie about her serious health issue, and she will be grateful to have someone who cares. Katie is the perfect person because she has been there – she nearly died before Flo Fulton (Katrina Bowden) stepped up and donated a kidney to her. Even though Sally may want to keep what she is going through between Katie and herself, and want Katie to keep it a secret, she now has someone who will stand by and support her as she tries to fight her illness.