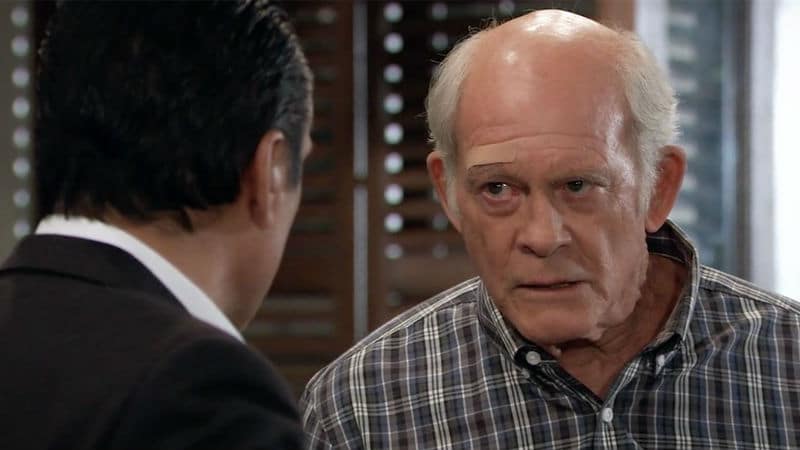 General Hospital (GH) tease that Mike Corbin’s (Max Gail) final days are fast approaching. Despite Sonny Corinthos’ (Maurice Bernard) best efforts, Mike is entering the final stages of Alzheimer’s and his final days are coming up fast. Sonny hasn’t been willing to give up on Mike, and along with Jason Morgan (Steve Burton), are taking Mike to New York City to be evaluated a possible candidate for research study that uses electromagnetic waves to treat patients with the disease.

General Hospital Spoilers: The trial has been somewhat successful

The trial has been somewhat successful with patients with Alzheimer’s and it looks promising, but none of the candidates in the research study are as far along in the disease as Mike. The doctors may not see Mike as a viable candidate. And no prodding or bullying from Sonny will change that if it’s the case. But even if he isn’t a candidate for the study, the road trip may still do some good for both Sonny and Mike.

As Mike and Sonny travel to familiar surroundings from their past, Mike will hopefully get to see the places that gave him such joy and also sorrow. He may not realize that he is doing it, but he’ll most likely be saying goodbye to his hometown. And perhaps he will be content, even as his life nears its end. Perhaps he won’t make it back to Port Charles at all, succumbing to the illness rather than returning to Turning Woods.

Seeing Mike at peace may make it easier for Sonny to let go. He hasn’t wanted to admit it, but there isn’t much left he can do for Mike, except let him go. This trip could very well give him the clarity to do just that. Losing Mike will be devastating, but Sonny could at least take comfort that his father is finally at peace.

Will Mike be a candidate for the research study in NYC. Or will this trip be the last thing that Sonny and Mike do together. Some heartbreaking scenes are coming up, so stay tuned to General Hospital airing weekdays on ABC. And don’t forget to check back here regularly for all your General Hospital news, information and spoilers!