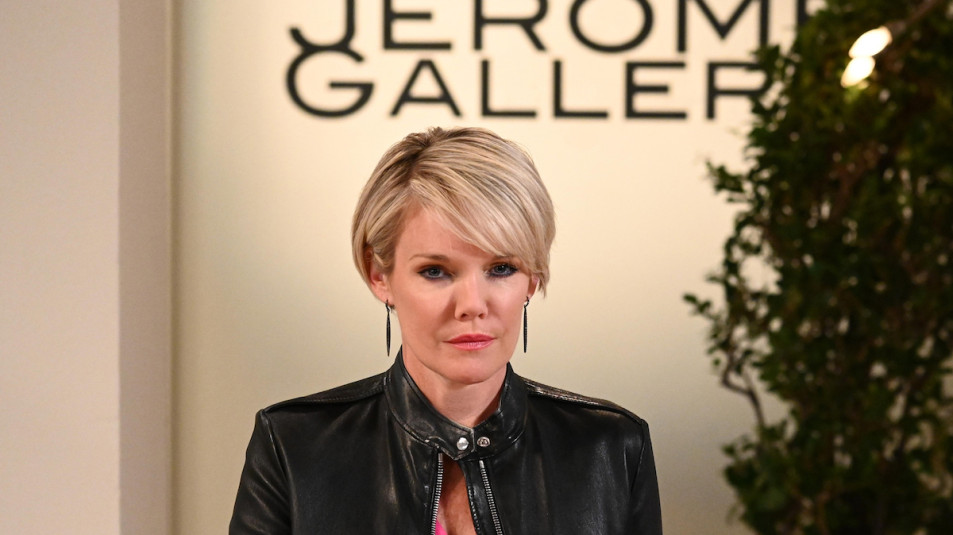 Ava Jerome Cassadine and Nikolas Cassadine (Marcus Coloma) have flown to France to tell Spencer his dad is alive in person. Nikolas had been presumed dead and had not contacted anyone, not even his only son Spencer, to let him know that he had survived a gunshot and a fall out a window into the ocean off Cassadine Island in Greece, even though when he had previously tried to fake his death he had told Spencer, and Spencer was to keep it a secret – but didn’t!

And now Ava is in a lavishly appointed waiting room in the French boarding school that Spencer attends, and as he approaches from a hallway, he spots her, rolling her eyes, but still comes to her. Ava tells Spencer that he is looking well, and she thanks him for meeting with her. Spencer tells her that he was summoned by his headmaster, and that he had no choice! Ava asks him if he would come and sit down with her, as he eyes her suspiciously. They go sit down.

Ava is gentle with Spencer as she talks to him, and tells him that she actually didn’t tell the headmaster of the school who she was, because she was afraid that Spencer would refuse the visit – which he likely would have. She continues, however, telling him that she knows that the past few years have been very difficult for him. Spencer scoffs, and tells her, “This – from the woman who sold me out to my sinister uncle?” as he shakes his head, thoroughly disgusted. Ava then continues, and tells him that selling him out was a mistake and tells him that she is deeply sorry for it. She hopes that he will be able to forgive her, once he sees that all is not lost after all. Spencer gets upset, and cries out, “I’ve lost more than enough! My home, my inheritance, my father!”

At that point Nikolas sneaks up behind him and puts his hand on his shoulder, and tells him that he hasn’t lost his father – “I’m right here, Spencer!” Spencer pauses for a second – looking confused, which he would, given he has thought his father has been dead for over three years now – then turns his head to look up at Nikolas, who is looking down at him. Spencer continues to look up at his father, confused, and Ava starts to smile a little bit. The question is – how does Nikolas expect his son to react, when he has been alive for over three years and never even sent Spencer a card, or a text, or made a phone call, or any kind of contact at all to let him know he survived? He won’t get the reaction he wants and it will be an uphill battle to mend fences with Spencer, his mother, and his sister!