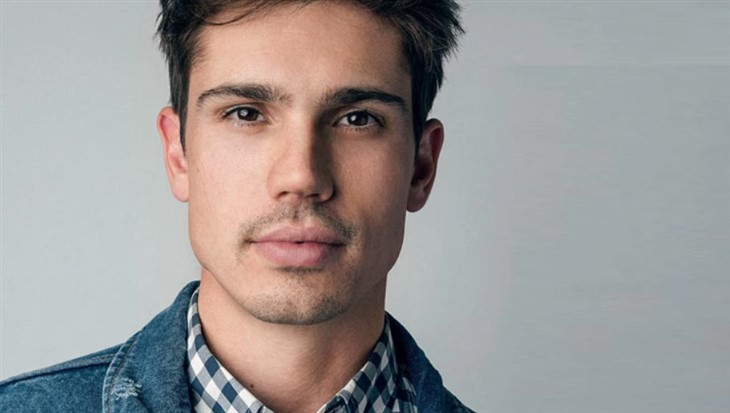 CBS The Bold and the Beautiful spoilers and updates reveal that soap fans have much to be excited about this month, with the return of new episodes plus the arrival of a hot and hunky new character. The show has been on fire this week, debuting brand new episodes that were shot just last month following the coronavirus induced production stoppage.

These new episodes featured handsome newbie doctor Dr. John “Finn” Finnegan (Tanner Novlan). Not only is he an intriguing addition to the canvas, but he is also slated to play a big role in a major character’s life.

All of this has not been lost on Tanner, who by all indications is fitting right into his new role and surroundings.

Many fans will recognize Tanner from a hilarious and popular Liberty Mutual Insurance commercial. In it, he’s trying hard to be the suave guy under control but can’t nail his lines saying knucklehead malapropisms instead. Once you see the commercial it takes about two hours to get the phrase, “Liberty liberty,” out of your head, take my word for it.

Tanner recalls in an interview with Soap Opera Digest that after he landed his new job it wasn’t the easiest thing in the world to keep it a secret. Because the shutdown was an unknown factor, he wasn’t allowed to talk about his big coup, “And that’s a big thing for me,” he said, “because my family, my mom especially has been a lifelong B&B fan.”

How big of a fan of B&B is Tanner’s mom? According to Tanner, “Our family dog’s name was Thorne – with an e ….”

Tanner has another connection to the show, his wife Kayla Ewell played the part of Caitlin Ramierez from 2004 to 2005. Now that Tanner can talk about his role, he’s spilling a few tidbits about the enigmatic doctor.

The Bold and the Beautiful spoilers – What is next For Finn and Steffy in L.A.?

The Bold And The Beautiful Spoilers: Shauna Lead Lady In Ridge's Life – Brooke Fights For Her Man? #bb #Boldandbeautifulhttps://t.co/Xw4HTU4Yxa

For one thing, he shares that Finn is an outsider. He also thinks that “Team Steffy is going to be excited for her to have a new man with a new set of values.” Yes, that sounds like music to the ears already for fans who are simply sick and tired of Liam Spencer (Scott Clifton) waffling around on her! We’re all in for Feffy—or is it, Sinn?! You tell us, B&B fans!