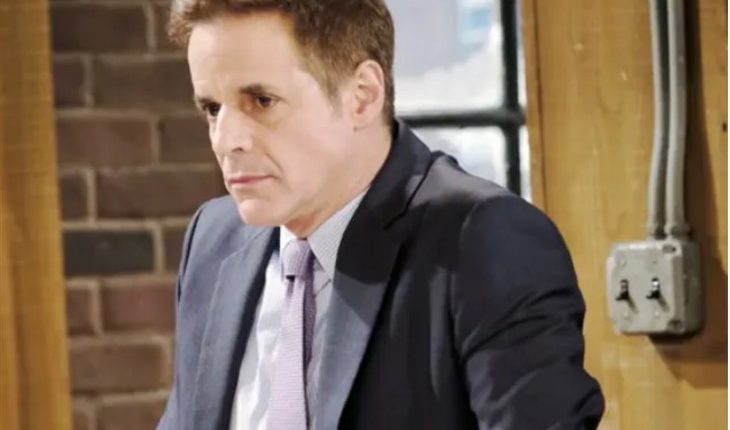 CBS The Young and the Restless spoilers document that Michael Baldwin (Christian Le Blanc) reformed himself many years ago. As longtime fans know and newer viewers have learned through classic episodes, he was once an outrageous rogue.

Michael attempted to pressure his then legal colleague Christine Blair (Lauralee Bell) into having a relationship with him in the early 1990s. Chris provided evidence of Michael’s actions, he became violent and was eventually sent to prison for a number of years.

Le Blanc’s character reformed himself regained the license he lost, and actually became good friends and colleagues with Christine. But could an injury revive his rogue status?

The Young And The Restless Spoilers – Malady Causes Personality Change

If Chris forgave Michael and became his legal partner and true friend, then the audience would also accept the soapy circumstance where Michael suffers a head injury in some type of accident and reverts to his terrible ways again.

Pristine hasn’t been seen as much in recent years, as Bell and Paul Williams (Doug Davidson) are on recurring status. So, this type of storyline would allow Le Blanc, who also isn’t seen on screen as much as he once was, to engage in what would be a compelling, retro feel storyline.

Of course, the difference between Michael’s younger self-targeting Christine and a 2020 version of him doing that would be experiencing. Christine would surely recognize the personality change in Michael and link it to whatever accident he had.

So, how would Christine respond considering Michael is Genoa City, Wisconsin’s, District Attorney? That’s the public post he assumed after Bell’s character decided to step back from her career.

Of course, Paul’s role as the Chief of Police could be compromised as well, especially if Michael breaks the law by stalking Christine again.

This actor’s charismatic presence projects true artists whenever he’s on the screen. The three Daytime Emmy Awards (2005, 2007, 2009) he earned affirms how well he’s thought of within the industry.

Here’s hoping that Y&R creates the suggested arc in some form, as it would allow Le Blanc, Bell, and Davidson, along with Tracey Bregman (Lauren Fenmore) and others, likely including Michelle Stafford (Phyllis Summers), to create what would surely be more truly great daytime television.