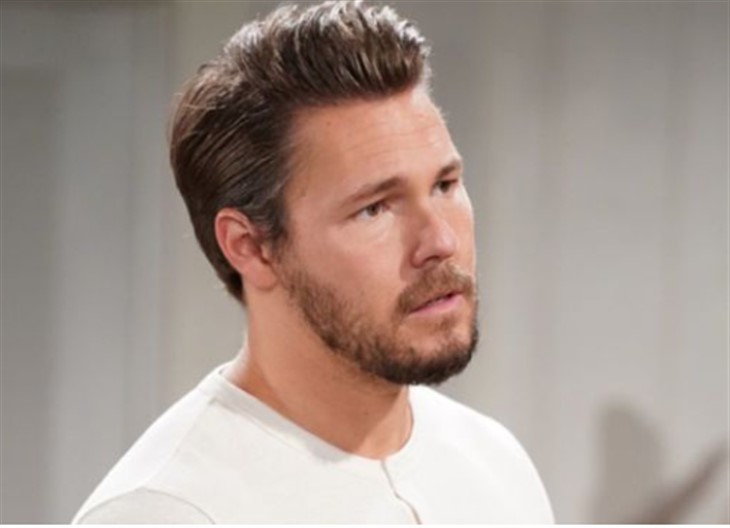 CBS The Bold and the Beautiful spoilers reveal that the CBS soap is committed to shining a light on the ongoing opioid crisis gripping America. This includes a front burner plot about addiction and the show recently aired a powerful PSA with a number to contact if you or someone you know has a problem with drug addiction.

This week the show aired a PSA following a particularly harrowing episode in which Steffy Forrester, (Jacqueline MacInnes Wood) hit rock bottom after becoming addicted to pain medication. She found herself in this situation after being hit by a car driven by Bill Spencer (Don Diamont) while she was riding her motorcycle. She was left with numerous injuries and Dr. Finn (Tanner Novlan) prescribed her painkillers.

He cut off her prescription to alleviate the possibility that she would become hooked but she found another way to score drugs.

Her ex, Liam Spencer (Scott Clifton), found her passed out on the couch while their infant daughter was in her care. He subsequently raised the alarm and her loved ones pulled an intervention which she responded to and agreed to get help for her issue.

The show’s PSA was delivered by Clifton who said, “In 2018, more than 1 1/2 million people in the United States, Americans suffered from substance abuse disorders related to subscription opioid pain relievers. Now, if you or someone you know needs help with substance use disorders, please call 1-800-662-HELP or go to drugabuse.gov.”

If you or someone you know needs help with substance use disorders, please call 1-800-662-HELP or go to drugabuse.gov. 💙

The soap posted the PSA on its official website and many fans responded to the message as well as the episode that aired before it.

One fan wrote, “I cried at the end of this episode I hated seeing Steffy like this😢😭,” and another posted, “Jacqueline is doing a marvelous job! Glad they are not dragging this storyline out for months.”

One fan said, “Steffy in pain!!!!!!! She is she has lots of points to her outburst with Hope Liam and Brooke. I didn’t expect her to pull a knife that I didn’t expect from her.”

The Bold And The Beautiful Spoilers: Thomas Wants To Be A Better Man – Hope And Zoe Believe He Has Changed #bb #boldandbeautiful https://t.co/J3dlwaSDwC

And another expressed this opinion: “On a different note, for days now I have been wondering what Liam did with the pills. I thought that he surely didn’t take Kelly and leave Steffy alone in the house with a bottle of heavy drugs that had already caused her to be unconscious. But in this latest episode, we find out that this is precisely what he did. WTF Liam???!!!”