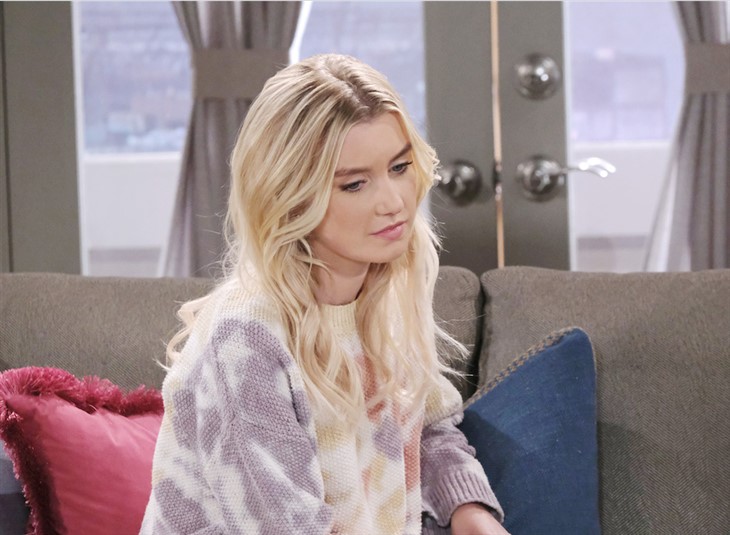 Days of Our Lives spoilers for the week of October 5 reveal that Allie Horton (Lindsay Arnold) starts telling others about what happened in London. Besides, Nicole Walker Brady (Arianne Zucker), Lani Price Grant (Sal Stowers) will take the report. Then, Claire Brady (Isabel Durant) will be stunned by Allie’s accusation. Will everyone in Salem end up turning against Tripp Dalton (Lucas Adams)?

DOOL spoilers reveal that we will finally get the story of Henry Lucas Horton’s father. Allie has been avoiding the subject ever since she came to Salem pregnant. She thought she would never have to think about the horrifying ordeal again. She certainly never expected the man to have family in Salem.

Now that Nicole knows what happened and why Allie never wanted to talk to it, the next step is to report the crime. It is confirmed that later this week, Lani will listen to Allie’s story and will question Tripp about the allegation.

We have seen Tripp forgive Claire for all the horrible things she did to him before she received mental health treatment. The two actually began to get very friendly. In fact, Adams teased to Soap Opera Digest a few weeks ago that there might be a possible romance between the two. However, that will be put on hold when Allie tells Claire her bombshell during the week of October 5.

Days Of Our Lives Spoilers – Sudden Hatred For Tripp Dalton

Days of Our Lives spoilers reveal that Allie and Claire might not be the only ones who are convinced Tripp is a rapist. He will tell his side of the story to his father, Steve “Patch” Johnson (Stephen Nichols). While Steve will imply that he believes Tripp, he will confide something to Dr. Kayla Brady (Mary Beth Evans). Could it be that he suspects Tripp might not be telling the whole truth, is hiding something or that the aspiring doctor could actually be a rapist?

DOOL Spoilers – Will Everyone Turn Against Him?

It seems that Allie and Tripp’s stories will both begin the same. But they end differently and Allie’s story is believable. They were both in London at the same time, Tripp dropped her off at home, then a short time later she gets assaulted and the fact that Tripp snuck back into Salem are all suspicious. If a paternity test shows that he is the father of Allie’s baby, that will only strengthen the rape case.

Now, we think that there is a twist in this story and Tripp is probably innocent. However, before the truth comes out, Tripp will have to deal with most of Salem turning against him. Could it ruin his career… and his freedom… before the truth reveals that he is actually innocent?