The Bold and The Beautiful News Update: Lawrence Saint-Victor Back On B&B Set – Carter Filming! 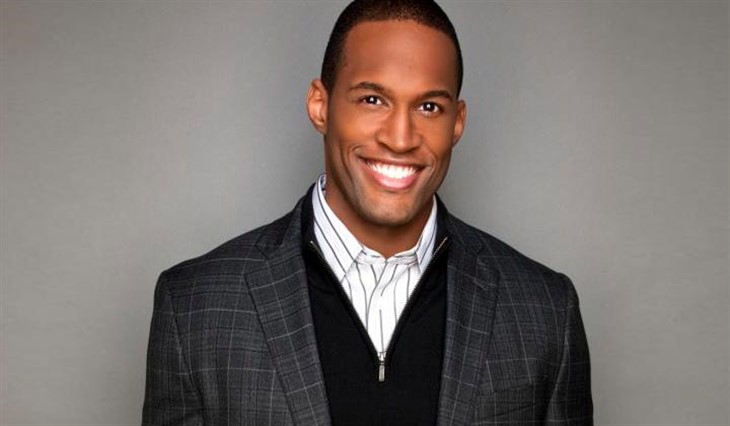 CBS The Bold and the Beautiful spoilers reveal that Lawrence Saint-Victor, who plays Carter Walton, is the latest star to give fans a work update. According to his Insta, the handsome and talented actor is ready to get back to doing what he does best and his fans couldn’t be happier!

“Getting ready to be back on set at #boldandbeautiful 💙💙💙 #actorlife #getitin 🎥📺,” posted Saint-Victor.

The gorgeous star debuted in 2013 and it would be great to see the enormously talented actor have a front-burner storyline. His fans responded with enthusiasm to his post with one saying, “Ok. I see ya. Stay safe. I can’t want to see the B&B. I love seeing the old episodes but miss y’all.”

Another wrote, “Stay safe. OMG! I can’t wait. I’m so excited,” and another asked, “How will the soaps do love scenes now 😩boy movies, etc will be so different now.”

Getting ready to be back on set at #boldandbeautiful 💙💙💙 #actorlife #getitin 🎥📺

The fan’s question in regard to love scenes is a valid one considering that all persons on set must remain at least six feet apart. Reports from TPTB indicate that a couple of creative new filming techniques have been floated to get around this restraint.

For one, stars’ real-life partners may be asked to come in and stand-in for love scenes that would otherwise involve reel life partners. Blow-up dolls and mannequins have also been mentioned as potential ways around having two people less than six feet in a scene.

The Bold and the Beautiful Spoilers – What’s Next For Carter Walton When The Show Returns?

Lately, we have seen Carter come to the forefront as a part of someone else’s story rather than starring in a story of his own. He’s a lawyer so when the show needs an official to marry, divorce, or annul marriages, he’s their man! Carter married Liam Spencer (Scott Clifton) and Steffy Forrester (Jacqueline MacInnes Wood), Rick Forrester (Jacob Young), and Caroline Spencer and Zende Forrester (Rome Flynn) and Nicole Avant (Reign Edwards).

The Bold And The Beautiful Comings and Goings: Meet The New Zende Forrester #bb #BoldandBeautiful https://t.co/6ZcaMlkQka

In the past, Carter was involved with Maya Avant (Karla Mosley) but the relationship did not last. These two also filmed a web series together, which is how they connected in the first place.

The Young And The Restless Filming Update: Eric Braeden At Studio Getting COVID-19 Test