‘The Bold And The Beautiful’ Spoilers: Big Changes Coming For Zoe, Ridge, And Steffy When B&B Episodes Return 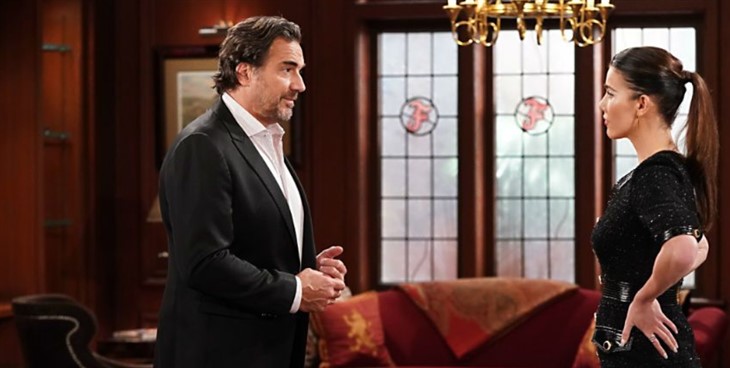 Zoe was abandoned by two perceived significant others in less than a year. Ridge’s son and the love of his life have betrayed him. Steffy realized that the love of her life is unattainable. Yes, each of the characters mentioned deserves better.

Zoe has openly pursued Xander Avant (Adain Bradley) and Thomas Forrester (Matthew Atkinson), only to see both men leave her. As B&B fans know, Xander is very dissimilar to Thomas morally. But like Atkinson’s character, he didn’t stand by Zoe’s side after she committed to him.

The vulnerability Zoe exhibits can be traced to another person who let her down, Reese Buckingham (Wayne Brady). But she’s managed to deal with the crime her father committed in the kidnapping and then selling Beth Spencer (Madeline Valdez and River Davidson).

Hopefully, B&B writes Zoe toward success in the fashion world, where she’s exhibited serious potential as a model. Focusing on her career for a while can help to restore confidence, with a real Mr. Right being written in at a later plot point.

Ridge tired of Brooke lambasting him for supporting Thomas. While her instincts proved right about his son, the credit she earned was soon erased by the kissing session she was revealed to have been engaged in with Bill Spencer (Don Diamont). Trusting Brooke wouldn’t seem to be based on logic, so why would Ridge choose to remain tied to her?

New love is fun, as all who have experienced it understand. An emerging relationship is different than any past romantic connection. So, here’s hoping that Shidge happens, as Shauna and Ridge should take a chance on each other.

Liam Spencer (Scott Clifton) isn’t Steffy’s past because he’s Kelly Spencer’s (Avalon and Colette Gray) father. But that bond hasn’t proven to be more than parental within the past two years. So, Steffy’s choice to move past Liam was healthy.

Fans of this site know that Steffy will find new love in the near future. B&B’s executive producer and head writer Bradley Bell has recently advised that Steffy will be pursued by a handful of suitors before eventually connecting with a specific new man. No actor is known to have been cast for this upcoming role.