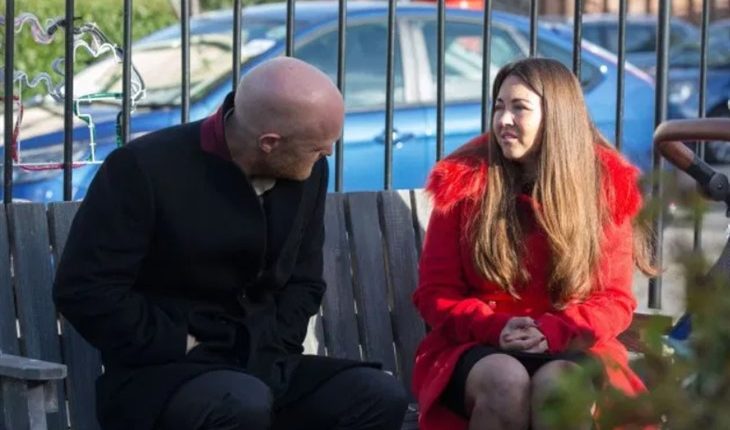 BBC EastEnders spoilers reveal that a shock return could result in a stunning revelation for one Walford beauty. The show has confirmed that Stacey Fowler (Lacey Turner) will return to the show after an absence precipitated by a nasty attack on Phil Mitchell (Steve McFadden).

Stacy has not been seen in Albert Square for a while after she made a mad getaway to avoid the consequences of bashing Phil’s head and leaving the bad guy to die in The Arches.

But when she returns, will she discover something that stuns her to her core? And will Phil finally discover the truth about his attack?

Stacey’s secret crime and misdemeanor are not known by Phil. Martin Fowler (James Bye) had to leave Stacey and come back to Walford in order to get his daughter through a tough time but unfortunately, he was blackmailed by Ben Mitchell (Max Bowden).

Martin felt like he had no other choice but to meet back up with Stacey and tell her a whopper to get them to break up. He told her that he and another woman slept together and an angry Stacey bought it hook, line and sinker. Oh, and she also slapped him for good measure!

EastEnders Spoilers – Stacey Fowler Will Return To Town But Will She Like What She Sees?

Now that Stacey’s return is a done deal, we know that she will be seen later this year. When she arrives, some things will surprise her such as the fact that Martin has been spending his isolation with her bestie Ruby Allen (Louisa Lytton). Could this be the final straw that breaks the back of their marriage? It doesn’t help matters that Ruby is in an open relationship with Max Branning (Jake Wood).

He is not liking the idea, but going along with it,’ and is it possible that he decides what good for the goose is good for the gander? In other words, there is already hot and heavy speculation that Max and Stacey will revisit their torrid affair.

In addition to Stacey, viewers will also be treated to a return of Kat Moon (Jessie Wallace). Although she is back in Walford she will be in lockdown away from Kush Kazemi (Davood Ghadami). The cast is now filming and the show plans to air four 20 minute episodes a week starting in September.

The Bold and The Beautiful News Update: Lawrence Saint-Victor Back On B&B Set – Carter Filming!