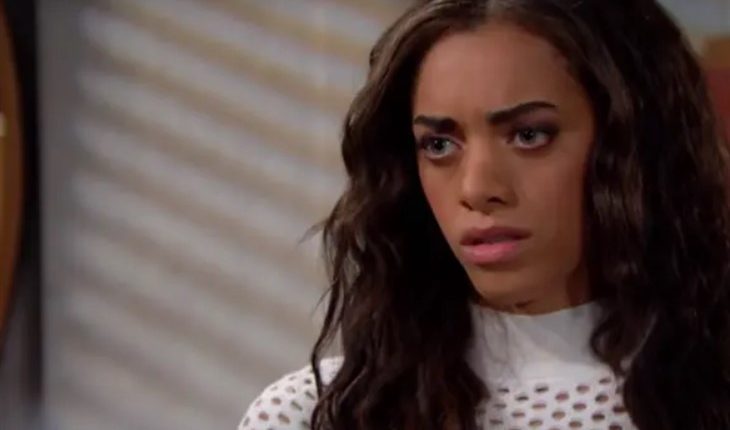 CBS The Bold and the Beautiful actress Kiara Barnes (Zoe Buckingham) is starring in a new Lifetime movie, which premieres on July 17, 2020. It’s called “The Wrong Wedding Planner,” in which Barnes’ character will turn an engaged couple’s lives into a nightmare. Keep reading to find out more about the upcoming film.

The Lifetime movie is about a mentally unstable wedding planner named Clarissa (Barnes). One couple makes the mistake of hiring her to plan their upcoming wedding. Instead of the bride and groom getting ready for a blissful celebration, their lives are turned into a nightmare.

The Bold And The Beautiful Spoilers: Sally’s Lies Blow Up – Can Steffy Forgive Sally’s Sick Trick?

The Bold and the Beautiful actress was a guest model in “The Price Is Right.” In addition to the game show and “The Wrong Wedding Planner,” she also played Octavia in “Stuck With You.” She has been portraying Zoe on B&B since 2018, although she wasn’t seen on-screen for some time after the bombshell reveals of baby “PhoeBeth.”

Being Zoe Buckingham In The Bold and the Beautiful

Then, one day she returned and became the focus of the storyline with Thomas Forrester (Matthew Atkinson). She managed to get her job back at Forrester Creations, although it was a tough sell.

Thomas just used her to get to the woman he really wanted to marry, Hope Logan (Annika Noelle). Even though she loved Thomas, she publicly exposed him with Hope, Steffy Forrester (Jacqueline MacInnes Wood), and Liam Spencer (Scott Clifton). Barnes gave an emotionally charged performance that many fans will never forget.

What do you think of “The Wrong Wedding Planner?” Is this a Lifetime movie that you would be interested in checking out? Are you a fan of Kiara Barnes playing Zoe Buckingham on the CBS soap opera? You won’t have to wait long as LMN plans on premiering this suspenseful thriller on July 17.

Days Of Our Lives Spoilers: Kate Gets The Serum For Vivian – Jake Gets Injected, Waits For Memories To Return