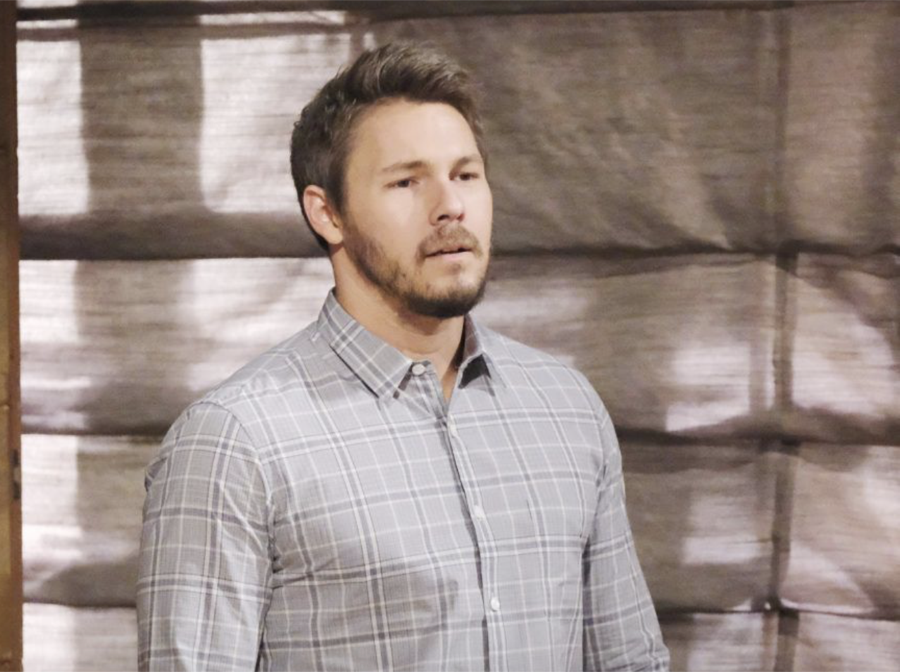 Liam visits Steffy in the rehab. He sees a marked improvement in her and is very impressed. He is touched when Steffy tells him that her motivation for getting well is their daughter Kelly Spencer (Colette and Avalon Gray). But then Finn shows up and Liam doesn’t like it. Steffy literally lights up like a Christmas tree upon seeing the handsome doctor and Liam becomes upset. Finn is still Steffy’s doctor unless he has recused himself off-screen and of course he is going to come to see her at the rehab.

If he has recused himself from her case Liam will only be more upset as to why he’s coming to see her! The friction between the two men can almost be felt, but Liam’s putting out far more than Finn is! Finn knows that since Liam is Kelly’s father, he will be in Steffy’s life.

There is no getting around that, so he has to proceed with diplomacy and think ahead in Steffy’s future. However, he also realizes that Liam has been a major source of Steffy’s emotional pain and is part of what drove her to opioid addiction. A non-verbal tug of war seems to be setting up between Liam and Finn, and Finn doesn’t want Steffy in the middle of it! That would only make things worse for Steffy!

After Liam leaves, Finn shows Steffy a testimonial by someone else who has fought addiction and won. He suggests Steffy talk about her own journey to recovery to others in the rehab’s support group. This is a pivotal point in Steffy’s recovery, and she records her own testimonial and shares it. It makes her realize how not alone she is in what she has experienced. Finn then takes Steffy home – to a surprise.

The Bold And The Beautiful Spoilers: Zoe Plays With Fire, Will Zende Tell Carter About Shameless Seduction? https://t.co/S9qqWGPDs8 pic.twitter.com/pbVB53Jph6

He has arranged for Kelly to be waiting for her! He realizes how much Kelly is part and parcel of Steffy’s recovery process and her motivation. Steffy is overjoyed to be with her little girl again, and truly, she is medicine for Steffy. However, Liam does not approve of this plan of action. He is livid when he finds out that Finn has taken Kelly to Steffy’s home and brought Steffy home too!

He storms over to the cliff house and interrupts the sweet reunion! Finn realizes that Liam can’t just be left out of his daughter’s life and that he is no happy camper, but he’s not really worried at this point. His priority is Steffy and her recovery, and her return to being the strong and empowered businesswoman and mother that he knows she is! As far as Finn is concerned, if Liam is mad, he can get glad in the same pants he got mad in!