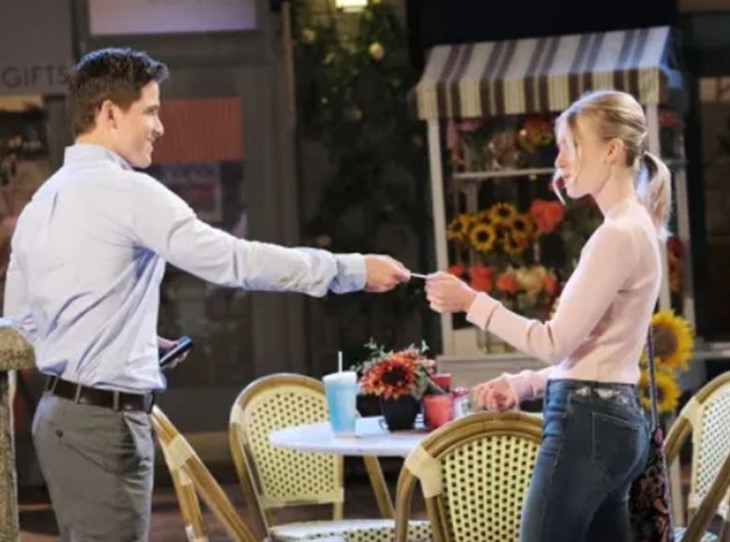 NBC Days of Our Lives spoilers reveal that Charlie Dale’s arrival has sparked suspicion among fans. There is also the promo for next week, which shows Mr. Nice Guy turns into a menacing threat after running into one Salemite. However, could Charlie actually be a good guy? Actor Mike C. Manning shared some hints and indicated Charlie’s story will be a gradual reveal.

Days Of Our Lives Spoilers – Charlie Dale Sticking Around

DOOL spoilers reveal that some characters are only around for a short amount of time. Others stay on board for longer. It seems that we are going to see more of Charlie and that he might be sticking around Salem for a while. While chatting with Soap Opera Digest, Manning confirmed that he has been filming for a few weeks. He also didn’t make it sound like he was done, suggesting he has a lengthy stint.

While we will get to know Charlie a bit better in the next few weeks, don’t expect to know all the answers right away. The actor indicated that there is a lot of stories to tell when it comes to Charlie. Manning explained,

“The role has become so much more complex than I originally realized in the audition process. The more I find out about Charlie, the more excited I am about him and the more I think the fans are going to be interested to see where the story goes.”

Days of Our Lives spoilers reveal that a character’s first impression usually has fans forming instant opinions. We all thought Evan Frears was a great guy working for Rafe Hernandez (Galen Gering) as a nanny. Then, we found out that his real name was Christian Maddox and he was unstable, a killer and supervillain Orpheus’ (George DelHoyo) son!

So, the opposite can be true for Charlie. His mysterious arrival at Titan has very odd timing. Philip Kiriakis (Jay Kenneth Johnson) didn’t seem surprised to see the new intern, then spoke to a mystery partner about their scheme. Plus, we see Charlie go “mucho macho” on Tripp Dalton (Lucas Adams), which is the total opposite of what he shows everyone else.

Manning told the magazine that he hopes fans like Charlie and want him to stay. Well, that sounds like he might be a good guy. So, what is up with him threatening Tripp and taking on what seems like a dangerous personality? Perhaps that is a secondary story for Charlie. Maybe someone he cared about was raped. Perhaps he also knows Allie Horton (Lindsay Arnold) and wants to protect her.

There is something about the rape allegation that sets off Charlie. With how menacing he looks in the promo clip, it is definitely personal. So, could he really be a good, decent guy? We will have to keep watching to find out.