The Bold And The Beautiful Spoilers: Finn’s Suspicion Peaks – Senses Somethings Up With Steffy and Liam 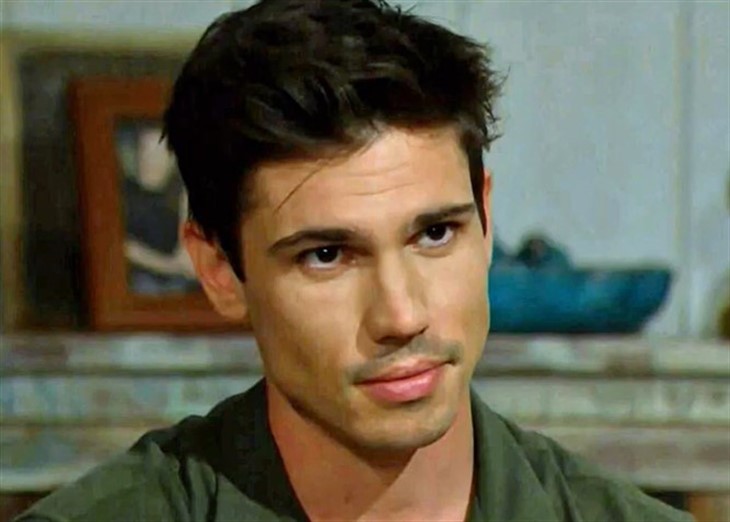 The Bold and the Beautiful spoilers tease that In Los Angeles John Finnegan (Tanner Novlan) has a sharp intuition. His ability to read Steffy Forrester’s (Jacqueline MacInnes Wood) demeanor, so early into their relationship status, represents more than chemistry. The doctor has a gift.

B&B will surely have Finn soon determine that something is off with Steffy. Based on the intel Hope Spencer (Annika Noelle) provided about Thomas Forrester (Matthew Atkinson), Finn knows that Liam Spencer (Scott Clifton) was upset. Once two and two are added, five will logically result, regardless of whatever emotional sway exists.

Finn helped to restore Steffy to good health after her devastating motorcycle accident last summer. He’s the reason why her spirits were also lifted just prior to her release and since.

The focused spark B&B presented created the couple that has come to be tagged as Sinn. An alternative point of view offers Jeffy (John plus Steffy), which doesn’t imply a sinister connection between two pleasant characters whose relationship has been progressing nicely until now. It’s also understood that couple’s nicknames aren’t the beginning, middle, or end of the soapy world.

Steffy has been covering her internal conflict as Finn has been discussing the details of the fateful night and next day that provoked Steam’s reconnect. However, she’s the person who is insisting on keeping what happened a secret.

Not only does Steffy want to keep all connected children’s lives intact, she also wants to maintain the progress she’s made with Finn. Secondarily, she convinced Liam that he and Hope would face serious conflict if he came clean.

Liam will have a much harder time concealing his feelings around Finn, who he also wronged. That, along with whatever Hope will eventually detect, makes the push of this secret hard for any extended length of time.

The Bold And The Beautiful Spoilers – John Finn Finnegan Becomes A Father?

It would seem implausible to have Finn be fooled by some manipulated paternity test result. He’s a doctor and Steffy could have that suggested process performed within the same health network that Finn is connected to.

So, if B&B plays off Wood’s real life pregnancy and has Steffy become pregnant, having Finn be the father would be a way to bury the start of what seems to be a Steam revival plot. But daytime is about drama, so Finn’s storyline can be advanced in many ways. That can include Novlan’s character recognizing Steam’s revival, calling it out, and calling off his link to Steffy.

The Young And The Restless (Y&R) Spoilers: Adam, Victoria, Jack, And Sally Make Big Changes For 2021 – Exciting Stories Ahead!