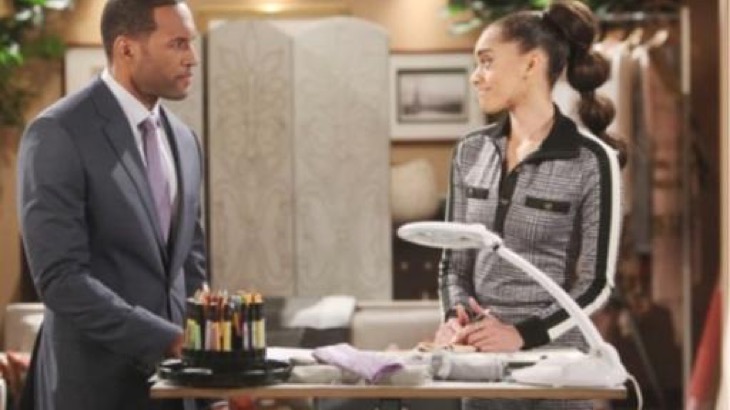 The Bold and the Beautiful (B&B) spoilers tease that in Los Angeles Zoe Buckingham (Kiara Barnes) will end her engagement to Carter Walton (Lawrence Saint-Victor). Too many soap fans, this might not be a big shocker as Zoe seems to be trying to get her sister, Paris Buckingham (Diamond White) to leave town.

Soap Opera Digest revealed that Zoe and Paris’ childhood secrets will come out in the coming weeks. It is something that Zoe wants to stay buried, but with Paris in town, it is only a matter of time before it all comes out whether she likes it or not.

Carter finds Paris to be a fascinating person, one that wants to help others. Bold and the Beautiful spoilers state that Carter wants Paris to work with Forresters organization. However, Zoe is deadest against this idea. All she wants is Paris to leave town so she can keep living the life she’s worked so hard to build.

When Carter asks Zoe why she doesn’t support Paris staying in Los Angeles, she doesn’t have a clear answer. She asks as if she is hiding something. Carter isn’t sure if she’s protecting herself or Paris, but it becomes clear that there is a Buckingham secret. 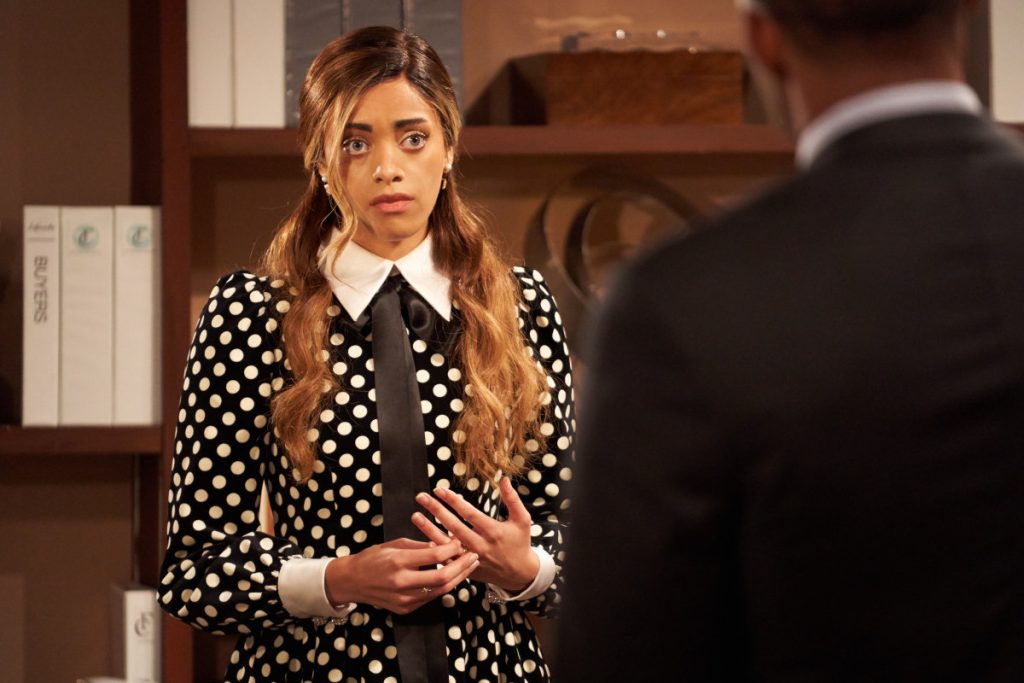 When Carter asks his fiancé to open up and tell him why she wants her sister to leave so badly, she refuses. Bold and the Beautiful spoilers reveal that Zoe will tell Carter that it feels like her sister is trying to take over her life.

First, she moved here to spend time with her. And now, every time she turns around she is hanging around at Forrester Creations. She misses her quiet life, the one before her sister arrived.

The Bold And The Beautiful Spoilers: Zoe Deports Paris From L.A., But Zende Extends Invitation To Stay

When Carter refuses to let the issue die, Zoe refuses to open up. B&B spoilers tease that Carter will take Paris’ side and suggests that Zoe needs to let go of what happened in the past and embrace her sister, as she clearly adores her.

In a spoiler picture released on Twitter, Zoe is taking off her engagement ring to hand back to Carter. It’s clear their engagement will be called off. And that’s not all either, a Buckingham family secret will be revealed, and it will shock everyone.

When Zoe calls off the engagement, will Paris make a move on Carter? That seems to be Zoe’s worst fear. B&B spoilers suggest the next few months will be a rocky ride for Zoe, Paris, and Carter.