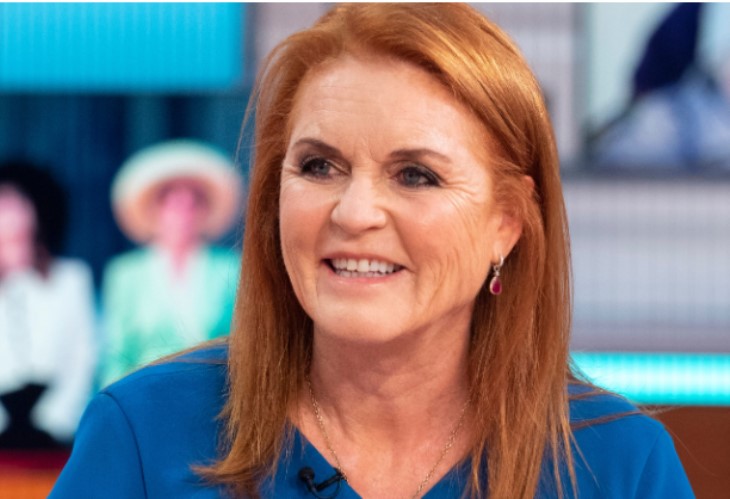 Not all members of the royal family loathe media attention as much as Prince Harry and Meghan Markel. , ex-wife of Prince Andrew and mother to Princess Bea, and Princess Eugenie is now treating fans to a virtual tour of her home.

For about a week now Sarah has given tours of Royal Lodge, in Windsor, during readings of children’s bedtime stories.

For the past week, Sarah has been reading children’s bedtime stories throughout her house

The Duchess of York chose to read the popular children’s book Little Miss Lucky by Roger Hargreaves on Tuesday. While reading Sarah was ensconced in her conservatory.

During the reading on Instagram, Sarah shared a picture of herself while holding the book. At the same time, viewers were treated to an amazing view of her sumptuous garden which was visible beyond the window. A bouquet of flowers was displayed in the room and on the table next to Sarah was a gorgeous vintage-style vase, as well as a potted plant.

During the coronavirus pandemic lockdown, Sarah has been lending a hand to do her part to cheer up the world.

Sarah, 60-years old, begin her ritual last week as a way of helping to amuse youngsters who are stuck at home in very troubling times. Although the books are intended for kids, Sarah’s events are popular with adults as well. Sarah counts Poppy Delevingne and Catherine Zeta-Jones as fans!

After Sarah read Little Red, Catherine Zeta-Jones posted that she, “Used to read this to Dylan and Carys, love it.”

For her part, Sarah has written several children’s books including Ballerina Rosie, Budgie Goes to Sea, and Matthew and the Bullies.

The home from which she broadcasts is shared with her ex, the Duke of York. The 30-room residence is on the grounds of Windsor Great Park and Prince Andrew has lived there since 2004.

In 2008 Sarah moved into the home with Andrew. Prior to this, the property was the Queen Mother’s Windsor home. After she died in 2002, the residence underwent significant renovation and it is believed that Andrew put in an indoor swimming pool.

The Family Home Has Been In The News Before

In 2016 Eugenie invited Harper’s Bazaar into the residence for a photoshoot and interview. At that time the magazine said Royal Lodge was, “The definition of comfy cozy, with family pictures scattered around and Norfolk terriers wandering in and out.”