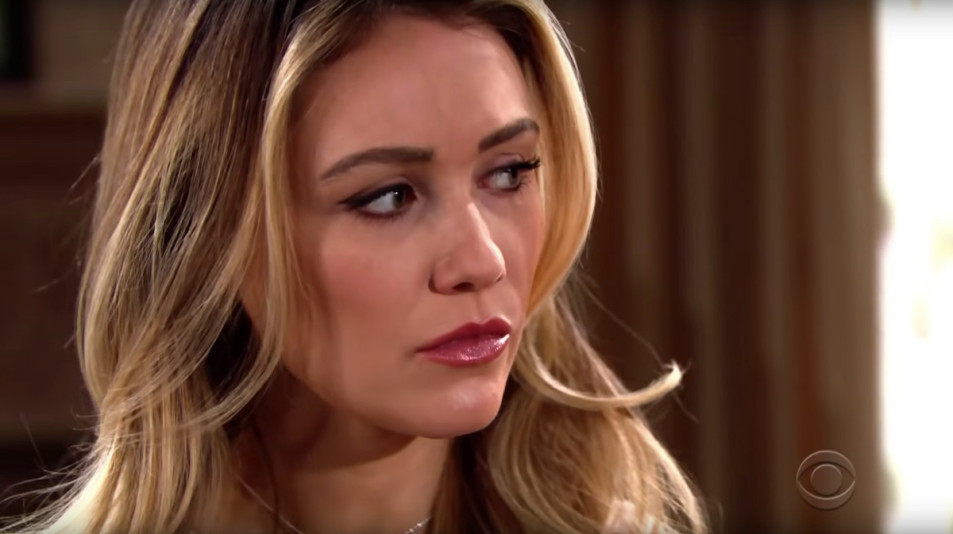 The Bold and the Beautiful spoilers reveal that Flo Fulton (Katrina Bowden) is large and in charge at the moment and has a full head of storyline steam charging forward. If we didn’t know better, we might think that Flo is taking over the territory once occupied by loud and proud Hope Logan (Annika Noelle).

Could it be that Flo is edging out the once omnipresent Hope in favor of newer, fresher storylines?

The Bold and the Beautiful spoilers – Where Has Hope Logan been lately?

There was a time when Hope was the blonde ingenue getting in everyone’s business and playing the hero. While she certainly hasn’t left the canvas, she’s been in short supply lately and Flo has taken over the heroine role, becoming the person everyone loves to love instead of hate.

Think about it: brave and determined Flo is pitted against the biggest baddie on the show at the moment, Sally Spectra (Courtney Hope). But it used to be Hope eternally pitted against her shadow self, Steffy Forrester (Jacqueline MacInnes Wood).

At this time Flo is on everyone’s lips for her epic self-sacrifice made in the name of love—sound like anyone else blonde and perky on B&B?

The Bold and The Beautiful Spoilers: Wyatt Needs To Stop Apologizing To Everyone and Start Making His Own Decisions https://t.co/4BHFyr3bn6 pic.twitter.com/kPv1gJDG6S

Flo was initially portrayed as a mean, conniving character, one who would keep a woman’s baby from her. But she appears to be on the road to redemption after donating a life-saving kidney and now stepping up to sacrifice her happiness so that Sally can have her boyfriend.

She’s now thoughtful and noble whereas she was once sneaky and disloyal. Poor Flo is actually letting Wyatt Spencer (Darin Brooks) live with Sally under the presumption that she’s dying. Who does that?

The Bold and the Beautiful spoilers – What happens next for Flo Fulton?

Hope does things like that, actually! She’s given in numerous times so that Liam Spencer (Scott Clifton) could be with Steffy.

But for now Flo is the one earning heaps of praise. And the adulation will only escalate once she exposes Sally’s sick, evil ploy.

Make no mistake, Flo will be a superhero in the near future, in the rare air once occupied by Hope Logan. Is it time for a new blonde champion to emerge in L.A. to compete against Hope? Tell us what you think!