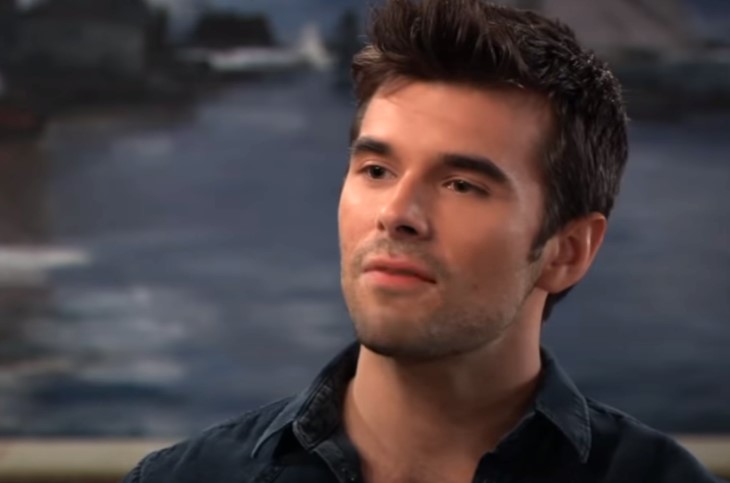 General Hospital (GH) spoilers revealed that Harrison Chase (Josh Swickard) just might have made the biggest mistake of his life. That’s because GH fans have known for a long time that his reckless decision to “play God” with Willow Tait’s (Katelyn MacMullen) life has now totally ruined his relationship with her.

GH fans know that recently, Willow came home to find Chase and Sasha Gilmore (Sofia Mattsson) making out like teenagers on the living room couch. Willow was shocked, hurt, and outraged. Earlier that day, she and Chase had discussed kids and the whole situation with Michael Corinthos (Chad Duell) and Wiley Cooper-Jones (Erik and Theo Olson).

Chase had told her that maybe, if she really felt that she could help Michael win his child custody case against Nelle Benson (Chloe Lanier), that maybe she actually should consider marrying him. Of course, Willow was a bit weirded out by Chase’s suggestion. After all, it’s not every day that a woman’s boyfriend tries to get her to marry another man the way Chase did.

Now, GH fans who have been paying attention know that Chase’s whole speech (as well as his make-out session with Sasha) was pre-planned and was part of a conspiracy between he and Sasha. Like psycho super-villains, Sasha and Chase got together behind the backs of Michael and Willow. Then, Sasha and Chase planned (with the very best of intentions of course) to push their own respective partners into the arms of each other. “All for the greater good, of course!” … said every altruistically evil dictator, ever.

Now, after Willow discovered Chase and Sasha on the couch, Chase blamed everything on Willow. His actions were Willow’s fault. The fact Willow has been so uber fixated on Wiley and on Michael and on everything but her relationship with Chase was the very thing that drove Chase into Sasha’s arms. While everything that Chase told Willow during the course of that conversation was definitely rehearsed, GH viewers know there was at least a hint of truth to it. Of course, there was also truth in what Willow told Chase after he finished his rant.

By choosing to go the weird conspiracy route with Sasha, Chase chose to take away Willow’s free will. He manipulated and controlled Willow. Now, GH fans know it’s not likely that Chase will ever be able to get Willow back. It definitely was not the smartest move or the most ethical on the part of this supposedly upstanding Port Charles police detective!

GH viewers know that the whole Chase is going to break up with Willow thing has been a long time coming. Why Chase and Willow couldn’t have gone on to become a non-cheating, happy couple with a long-term relationship (or even marriage) the way Robert Scorpio (Tristan Rogers) and Holly Sutton (Emma Samms) were back in the 1980s is anybody’s guess.

General Hospital Spoilers: Wes Ramsey Reveals He Isn't Going Anywhere If He Can Help It – Can Peter Be Redeemed? #gh #generalhospital https://t.co/azrFWtVQaN

Maybe some think it’s just not dramatic or exciting enough? Of course, that line of reasoning didn’t hold true for Scorpio and Holly way back when. They were one of the most popular couples on GH for years and apparently, their relationship was solid.

Some GH fans are wondering if it’s really too much to ask to have a power couple like that in Port Charles again. Even more, some ask why that couldn’t have been Chase and Willow. Chase is probably asking himself that question himself. In fact, viewers just might see Chase move on, but he’ll be beating himself up for a long time to come. With good reason.