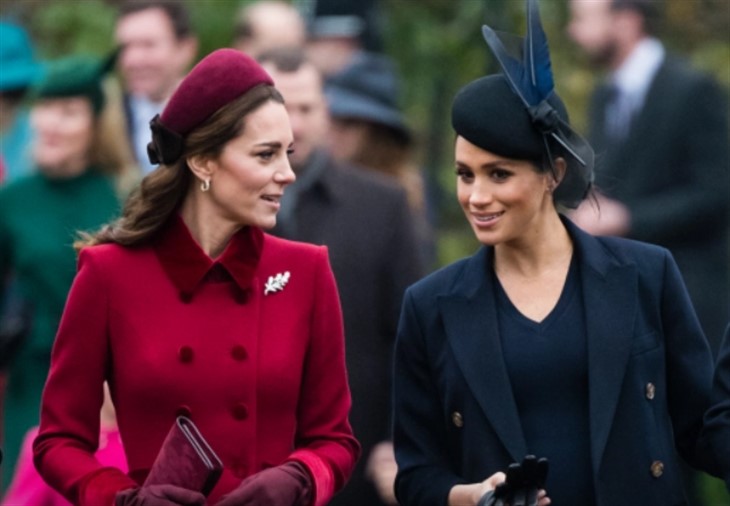 Fans of Meghan Markle know that many stories have been published in the press concerning her supposed feudal relationship with sister-in-law, Kate Middleton. Meghan and Kate are “Civil but Never Best Friends” some publications have shouted. Kate and Meghan are just too different. These duchesses simply have life experiences that are so unlike one another that Meghan and Kate might as well have a deep and wide gulf between them!

Yet others suggest this isn’t really the case since Meghan and Kate both married into the British Royal family. Indeed, Kate and Meghan both married princes! They’ve both shots into the stratosphere in terms of fame due to their marriages to Prince William and Prince Harry respectively.

Some even point out that both Meghan and Kate have clothes that are simply to die for and thus share a sense of amazing fashion. Really then, Kate and Meghan ought to be best pals because they share so much in common now … who cares whether their pasts make them entirely different and perhaps incompatible people?

Still, a vocal minority (found mostly on Twitter) seems constantly to find reasons that Meghan and Kate must be at war. That doesn’t reach true, however, considering the fact that Meghan Markle and Kate Middleton have both gone out of their way to show up at the same events and be supportive of one another. Moreover, many insiders suggest that it wasn’t really Meghan and Kate who were feuding, but rather their husbands.

Something a lot of people seem to forget, both those who believe Kate and Meghan were fighting and those who believe they’re besties, is the fact that if they are in conflict … well, Kate might have good reason to be. After all, one has to ask whether Meghan Markle has shown that she’s trustworthy as a friend. (One could ask the same about Kate Middleton actually, but Kate’s shown remarkable loyalty to the Crown whereas Meghan … not so much.)

Fans might well ask themselves if Meghan has behaved in an overall honest and honorable fashion vis-à-vis Buckingham Palace. If the answer is negative, mightn’t this be a reason for a fight between Kate Middleton and Meghan Markle? Have Meghan and Kate demonstrated that they are empathetic and non-judgmental toward one another? Again, if the answer is no … well, that sort of thing could have led to clashes between Meghan and Kate.

With that said, it’s clear that following “Megxit,” Prince Harry and Prince William seem to be moving back into a good relationship with one another. Reports from insiders suggest that Prince William and Harry are enjoying regular Zoom calls with one another. Mightn’t it make sense then to suggest that even if Kate and Meghan are not the very best of friends, they too have moved into space where they are enjoying a more congenial connection?

Meghan Screams About Need While Hiring High-Profile WHAT to Boost Her Image?https://t.co/7cj0GQsQd8

At the end of the day, fans of Meghan, Harry, and pretty much the entire British Royal family ought to know by now that tabloids are fueled by conflict and sensationalism. They’d have nothing to sell if all was well between Kate Middleton and Meghan Markle all the time. It pays then, to take reports of infighting between British Royals, frankly, with a gigantic heap of salt.