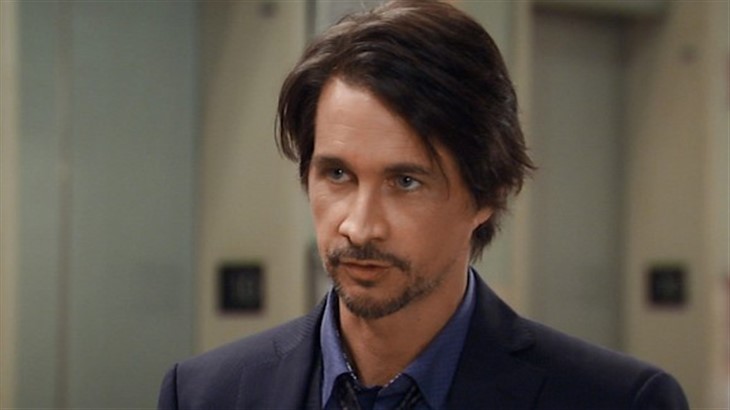 General Hospital spoilers reveal that Michael Easton (Hamilton Finn) has taken to inviting fans too, “Ask Me Anything,” on Facebook, and the give and take between him and viewers is fun and fascinating.

Want to know what Michael thinks about his poetry, acting, and naughty fan gifts? We’ve got you covered with the answers right here!

In case you don’t know, Michael has published a book of poetry titled, Eighteen Straight Whiskeys. One fan called it, “fascinating-raw & a little dark. I appreciate the realness as a fan of yours & poetry,” and asked if a second book is in the works.

Michael responded, “Never say never but that book took everything out of me and I don’t imagine there will be another one.” He says that now, but you never know what the future holds!

When asked who has influenced him most (personally or professionally) as an actor he reveals that it is the late, legendary actor and playwright, “Sam Shepard. He never seemed to be acting and his plays told beautiful stories.”

GH Spoilers – Michael Easton Gets Tons Fans Gifts, some a Bit Naughtier Than Others

Someone else took a big chance and asked the handsome and talented actor what is the quirkiest or strangest fan gift he’s received?

The pithy actor replied, “Underwear. That’s as specific as I would like to get about it.”

General Hospital Spoilers – What Does Michael Easton Like Most About His Character Hamilton Finn?

When asked what he likes most about his infectious disease specialist doctor character Hamilton Finn, Michael said, “His awkwardness and a lack of self-awareness.”

Many fans would agree that the character is clueless when it comes to love. He has embarked on a beautiful romance with Anna Devane (Finola Hughes) but chose to betray her in a moment of incredibly bad judgment.

Anna does not yet know that he ratted her son and bad guy Peter August (Wes Ramsey) out, but no doubt she will eventually find out.

Many fans think Anna is too good for the punky doc, and that he will inevitably reunite with his baby momma, Hayden Barnes (Rebecca Budig). Will Anna in turn reunite with Robert Scorpio (Tristan Rogers)?

Will you be sending Michael a question to answer on Facebook—tell us what you’d love to know about the talented actor!